Low-cost U.S. airline giant Southwest Airlines Co., says Canada is on a list of "attractive" destinations it is considering for expansion – a development that would shake up Canada-U.S. air travel.

"Those are all within the performance capabilities of the 737," Mr. Kelly said. "And they all look at least sufficiently attractive when it comes to the traffic potential in filling up the 737s."

The move would mean increased competition for Air Canada, WestJet Airlines Ltd. and Porter Airlines Inc., which would likely lead to reduced fares for transborder travellers.

"There's some opportunities because there's a lack of low-cost carrier action between the two countries and that's part of the problem why we're leaching five million passengers to and from the U.S. border airports," said industry analyst Robert Kokonis, who heads consulting firm AirTrav Inc.

Mr. Kelly did not say when new routes might be added or which routes are being considered, but noted that the carrier is assessing 50 destinations outside the continental U.S. market.

"It's a wonderful place to be and whether we'll ultimately serve all 50 destinations is not guaranteed or committed to," he said on the call about the airline's second-quarter financial results. "It's just the fact that those are opportunities – there's a number of them."

The airline looks at such factors as the state of local and macro economies, airport costs and job trends and then makes plans based on forecasts of costs of fuel, availability of planes and overall strategic goals, spokesman Brad Hawkins said in an e-mail message Friday.

Southwest is effectively the model for WestJet and other global low-cost carriers around the world with the aim of getting passengers to destinations at the lowest fares possible and trying to make the experience enjoyable, illustrated in part by the company's stock symbol, LUV.

From three aircraft that began flights in 1971, it is now among the four largest U.S. carriers as measured by number of passengers.

Southwest has focused strictly on the U.S. market until recently when it added international destinations such as the Caribbean.

"It appears Southwest is out of runway in the U.S. and is now looking north," said Ben Cherniavsky, who follows the industry for brokerage firm Raymond James Ltd.

"Southwest has got a pretty good track record and these guys are only going to fly where they think they can make money," he said. "They're going to research it very carefully. If they don't make money on a destination, they're not going to sit around forever trying to make it work. They're going to cut bait and they're going to run."

Competition is already being ratcheted up on Canada-U.S. routes as Air Canada expands its low-cost Rouge brand to more U.S. destinations.

Mr. Cherniavsky said in research note Friday that WestJet's rollout of its Encore regional service and acquisition of wide-bodied aircraft will make its business more complex and perhaps open room in Canada for an ultra low-cost carrier such as two that are now in startup mode; Jet Naked, which aims to offer Canada-U.S. flights and Canada Jetlines Ltd.

But he noted that they have struggled so far to raise capital, reducing the risk to Air Canada and WestJet that the arrival of an ultra low-cost carrier is imminent. 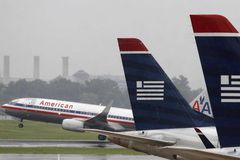 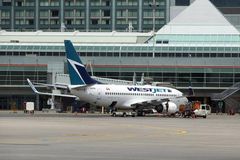 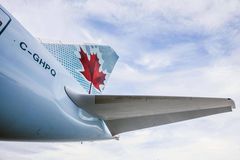 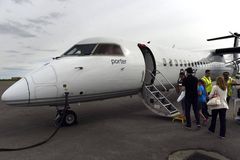 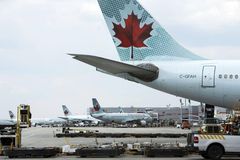 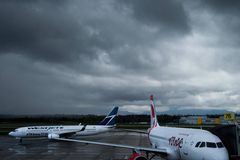 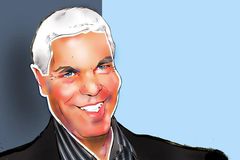