Activist investor Starboard Value LP, which has acquired a stake in Yahoo Inc., said it wants the Web portal to explore a combination with AOL Inc. to "unlock value."

In a letter today to Yahoo Chief Executive Officer Marissa Mayer, the New York-based fund said the Web company should also cut losses in its display-ad business by $250-million to $500-million, stop acquiring other companies and instead discuss a deal with AOL. A combination with AOL could deliver cost cuts of as much as $1-billion, Starboard CEO Jeffrey Smith wrote in a letter addressed to Mayer.

"Clearly Yahoo is deeply undervalued relative to the sum of its parts," Smith wrote, adding that the fund now has a "significant" stake in Yahoo without disclosing specifics. "It is incumbent upon management and the board to take immediate steps in committing to remedy this valuation discrepancy."

Sarah Meron, a spokeswoman for Sunnyvale, California-based Yahoo, didn't respond to a call for comment. Eoin Ryan, an AOL spokesman, wasn't available for comment, said a woman who answered the phone at his office. Starboard representatives didn't respond to requests for additional comment.

AOL would be a good fit for Yahoo, according to Colin Gillis, an analyst at BGC Partners. The Web portal would bolster Yahoo's video and editorial content and is a better option than buying a "high-priced startup," he said.

'It makes tremendous sense," Gillis said. "It will move the needle materially on both revenue and earnings."

Mayer's Turnaround Mayer has been working to turn around Yahoo since she joined the Web portal in July 2012. The pressure for results has increased since last week's initial public offering of Alibaba Group Holding Ltd., in which Yahoo owns a stake and which had driven much of the Silicon Valley company's value.

As investors took gains on Yahoo after Alibaba's IPO, the true worth of the Web portal's core online-advertising business was laid bare. Yahoo was worth less than the value of its Asian assets, which also include a stake in Yahoo Japan, following Alibaba's market debut. Yahoo's market capitalization is $40-billion, little changed from the beginning of the year, while AOL's market value is $3.48-billion.

Mayer has tried to shore up Yahoo's business by acquiring startups and investing in content and services to woo more Internet users and attract advertisers.

Sputtering Attempt So far, her efforts have failed to narrow the company's widening gap in online advertising with Google Inc. and Facebook Inc. Second-quarter sales, excluding revenue shared with partner websites, fell to a less-than-projected $1.04-billion. Analysts on average estimate revenue this year will slip to $4.35-billion, the lowest level since 2005, according to data compiled by Bloomberg.

This isn't Yahoo's first encounter with an activist investor. Daniel Loeb's Third Point LLC targeted Yahoo in 2011, when the fund bought a 5.2 per cent stake and urged the board to resign. Loeb forced the ouster of former Yahoo CEO Scott Thompson and took a seat on the board. Loeb later sold the stake back to the company.

Starboard Letter In Starboard's letter, Smith said Yahoo's Asian assets are worth about $11-billion, or "$11 per share more than the current enterprise value of the company." That is the gap that needs to be closed, he said. Enterprise value, a metric to gauge the takeover value of a company, includes market capitalization and debt, minus cash and equivalents.

Yahoo should also pull back on its acquisitions, which have already resulted in $1.3-billion of spending since the second quarter of 2012. That includes the roughly $1-billion purchase of blogging-service Tumblr last year.

"Focusing on acquisitions has not worked," Smith wrote. A combination with AOL would create "synergies," he added.

In addition to acquisitions, investors are concerned Yahoo will monetize its stake in Alibaba without finding ways to escape big tax hits that can reduce proceeds by 38 per cent, he said. Yahoo hasn't done enough to show how it will be more efficient with taxes, he said.

"We believe management should immediately and clearly articulate how it intends to deliver value from these investments to Yahoo shareholders in the most tax-efficient and expeditious manner," he said.

Starboard's Strategy Founded in March 2011, Starboard typically focuses on a small-cap activist strategy developed by Smith and Mark Mitchell since 2002 and Peter Feld since 2005 – buying stakes in companies they call undervalued and pushing executives and directors for changes such as unit spinoffs and asset sales.

Starboard knows AOL after previously pushing for change at the New York-based Internet company. The fund went public with its AOL stake in December 2011, building up ownership of more than 5 per cent. AOL fended off that challenge, which included a call to shake up the board. Starboard exited its AOL stake by late 2012.

Activist investors tend to buy at least 5 per cent of a company's stock and flag their intention to actively engage corporate executives and directors by disclosing their holding in a 13D filing with the U.S. Securities and Exchange Commission. 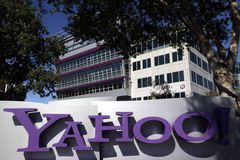 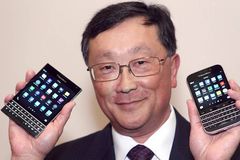