Insolvent discounter Target Canada is feeling the fatigue of a shifting retail market.

The retailer, which went into bankruptcy protection on Jan. 15, has decided to return 55 leases to their landlords, unable to find suitable bidders for them, according to a court filing this week. Target operated 133 stores before shutting them down after just two years in Canada.

With an auction looming for Target's remaining leases, its move to return unwanted sites to landlords rather than continue to pay rent for them provides another sign that the surge of retail expansion in Canada is running out of steam. As many merchants put the brakes on expanding or close stores in the face of rising Internet shopping and changing consumer spending patterns, the empty Target spaces are struggling to attract new tenants.

"It may not be encouraging that they're giving back" the 55 store leases, Edward Sonshine, chief executive officer of RioCan Real Estate Investment Trust, which is Target's largest landlord, said in an interview. "Unfortunately, they're coming in at a time when the retail environment is somewhat challenging."

Target is also giving back 19 leases for its warehouse and office space, the documents say. Target got an initial "stalking horse" bid for one of its three owned distribution centres in Milton, Ont.

In March, Target struck a deal with two of the country's largest landlords – Oxford Properties Corp. and Ivanhoe Cambridge Inc. – to buy back 11 of their best store leases for $138-million, underlining the urgency of property owners to get back control of their retail space.

Still, Tracy Sandler, partner at Osler Hoskin & Harcourt LLP, which represents Target Canada, said her team was pleased to have generated "robust interest in our portfolio.

"We do expect to finalize and enter into a number of transactions that will enable us to maximize the value of that portfolio." (Target owns its three distribution centres and three of its stores.)

Target's financial adviser, Lazard Freres & Co. LLC, was in contact with about 360 prospective parties about their interest in the leases, says the report of monitor Alvarez & Marsal Canada Inc. The report was filed in Ontario Superior Court.

Subsequently, Target signed 67 confidentiality agreements with would-be buyers, which had access to the retailer's data room, it says.

Target landlords and other creditors that are owed millions of dollars have been waiting anxiously for the lease auction to be completed. Alvarez & Marsal says it has extended for about one week, to May 7, the lease auction process.

The situation is complicated by Target store leases often having restrictions on the outlets' uses, such as preventing food from being sold in them because a supermarket has exclusive rights to selling those goods in the same mall.

Some retailers prefer to wait until leases are returned to their landlords, Mr. Berkowitz said. The retailers find it easier to deal directly with the landlords, with whom they already have relationships, he said. In many cases they want to negotiate to take just a portion of the Target store space.

Mr. Sonshine, whose RioCan has 26 Target leases, said he had expected to get some store leases back, although he didn't say how many have been returned.

(U.S. parent Target Corp. had provided RioCan and other landlords with guarantees for their remaining leases.)

He said the timing of the lease sale is unfortunate because of the uncertain economy and shifting consumer demands for items such as iPhones and gym memberships rather than pant suits.

The sale process takes place in the wake of a string of retailers having collapsed into bankruptcy protection or closed stores over the past year or so. They have felt the strains of foreign discount giants flexing their muscle and e-commerce titans stealing business.

Among retailers believed to be interested in some of the Target leases are discounter Wal-Mart Canada Corp., generalist Canadian Tire Corp., grocer Loblaw Cos. Ltd. and home-improvement specialist Lowe's Canada. Even struggling Sears Canada Inc., which has been closing stores, bid on some of Target's leases, sources said.

The monitor's report also says that as part of a deal to withdraw an unbuilt Target store lease from the sale process, landlord HOOPP Realty Inc. bought some Target head-office furniture for $714,676. 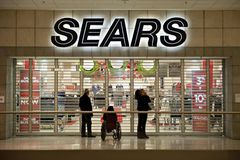 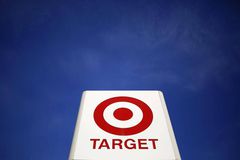 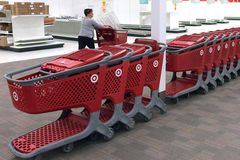