Toys "R" Us Canada has initiated bankruptcy proceedings in an Ontario court a day after it filed for creditor protection in the U.S.

The company said Tuesday its 82 stores across Canada, as well as its e-commerce sites will continue to operate as usual during its restructuring process under the Companies' Creditors Arrangement Act.

"The restructuring is intended to facilitate the continued success of our iconic brands; building a stronger company for our customers, business partners and team members," Melanie Teed-Murch, president of Toys "R" Us and Babies "R" Us Canada said in a statement.

Opinion: This is what Toys 'R' Us needs to do now to survive

The move comes at a critical time leading into the holiday season that is crucial to retailers' bottom lines.

The company has financing commitments to ensure normal operations throughout the CCAA proceedings, including stocking the hottest toys for the holidays and honouring all gift cards, warranties and returns, Teed-Murch said.

"We are confident that this process will enable us to leverage Toys "R" Us' existing strengths to succeed."

The company said its approximately 1,600 Toys "R" Us and Babies "R" Us stores around the world – the "vast majority of which are profitable" – and its web portals continue to operate as usual.

The chain also said it had secured US$3-billion in financing to stay open while it restructures its outstanding debt and establishes a sustainable capital structure to invest in long-term growth.

Toys "R" Us is the latest brick-and-mortar retailer to struggle amid growing competition from online merchants and changing consumer preferences, with Sears Canada filing for CCAA protection this past June.

if Toys "R" Us had offered a better online offering "perhaps they could have avoided such fate," said Ryerson University business professor Seung Hwan Lee.

"A lot of physical stores and brick-and-mortar stores are struggling with this concept because Amazon is really taking over," said Lee, an associate professor at the Ted Rogers School of Retail Management.

Meanwhile, children are increasingly gravitating towards digital toys rather than physical trinkets, he added.

"There are consumer trends that are changing from both the parents' side and the children's side, and I don't know if Toys "R" Us was innovative enough to adapt to that," Lee said.

This comes as Canadian retailer Mastermind Toys announced its continued expansion, with its 56th store opening in Orleans, Ont. on Tuesday. It said it plans to open four more stores across the country later this year, on top of the seven stores it had already launched in 2017.

Lee says some brick-and-mortar retailers have been able to lure in customers by offering a more interactive experience in their stores.

"Toys "R" Us, when you go in there, it looks exactly the same as, perhaps, 10, 20 years ago," he said. "It's aisles of toys, and you get to maybe try out some of the things, but there is nothing innovative about the physical store itself that draws people in."

Toys "R" Us Canada said Tuesday it is extending a "customer-centric store format that opened in Langley, British Columbia in July to a new store in Barrie, Ont. that will open in November. The format includes dedicated play areas, interactive stations for kid, mobile pay and Wi-Fi into the parking lot to make curbsite pick up easier.

The company, which is headquartered in Wayne, N.J., and has nearly 65,000 employees worldwide, says it is committed to working with its vendors to ensure inventory levels are maintained and products continue to be delivered.

Toys "R" Us, a major force in toy retailing in the 1980s and early 1990s, started losing shoppers to discounters like Walmart and Target and then to Amazon. GlobalData Retail estimates that in 2016 about 13.7 per cent of toy sales were made online, up from 6.5 per cent five years ago.

While toy sales overall have held up fairly well, they are shifting toward discounters and online companies. U.S. toy sales rose 6 per cent last year on top of a seven per cent increase in the prior year, says NPD Group Inc., a market research firm. That was the biggest increase since 1999 and was fuelled by several blockbuster movies. 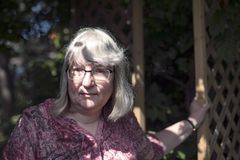