The U.S. housing market is finally awakening from its six-year nightmare.

After suffering through years of falling prices and moribund sales, the market is witnessing a rise in home values and a burst of new construction.

The renewed activity is providing a small but significant boost to the broader economy, which is struggling to grow at anything beyond a modest pace.

Home prices appear to have hit bottom and are starting to creep up nationwide. On Tuesday, a closely watched index from real estate firm Zillow Inc. revealed that U.S. home values increased 0.2 per cent in the second quarter from the same period a year earlier, the first such annual gain since 2007.

Other key measures have also pointed to a nascent recovery in U.S. home prices in recent months, but most have focused on changes from one month to the next, or relied on broad averages rather than local comparisons, as Zillow's index does.

The announcement feeds into a growing stream of data pointing to a turnaround in the U.S. real estate market. Last week, for instance, government statistics showed that the number of new homes under construction hit a four-year high in June.

"Housing has switched from being a drag on the overall economy to being a slight positive," said Mark Vitner, an economist at Wells Fargo & Co. "It's so ironic: everything else seems to be losing momentum but housing seems to be gaining it."

Analysts at Goldman Sachs Group Inc. underscored that point in a note to clients on Monday that recommended buying the stocks of U.S. home builders. "Rising home prices will drive a 3-7 year up-cycle in the U.S. housing market," they wrote.

The fact that overall economic growth is far from vigorous isn't a big concern, they added. Previous housing recoveries have begun when the economy was in outright recession, they noted, plus the combination of rising home prices, adequate job growth, and a falling backlog of homes for sale will all help drive the market.

Housing is no longer as important to the economic health of the U.S. as it was during the boom years, but it exerts a major influence on the behaviour of consumers and helps spur output in a host of related industries. An improvement in the market isn't the solution to the country's economic malaise, but it will help buttress confidence at a time when consumers are hearing persistently bad news from Europe and beyond.

Of course, there's plenty of reason for caution. The housing market remains very far from normal. While the glut in supply is easing, inventories remain high, propped up by a steady flow of foreclosed properties. Roughly a quarter of mortgage-holders owe the bank more than their home is worth, making a move undesirable or impossible. And home prices are still down 33 per cent from their peak in 2006 through the first quarter of this year, according to the S&P/Case-Shiller national index.

As a result, most experts say the recovery in housing will be gradual rather than dramatic. Zillow predicts that prices will rise about 1 per cent over the next year. Conditions also vary widely from city to city.

"It's a mixed bag," said Svenja Gudell, senior economist at Zillow. In places like Phoenix and Miami, where the local market was devastated by the housing bust, prices have shot higher compared to last year, sparking tales of bidding wars. But in cities like Chicago and Atlanta, prices fell in the second quarter compared to a year earlier.

Still, the worst days for the U.S. housing market are behind it. Mike Ruzicka, president of the Greater Milwaukee Association of Realtors, remembers feeling something close to despair toward the end of last year as the market refused to improve. Then, he said, activity began to pick up – first in open houses and Internet listings – and that translated into actual deals in the first months of 2012.

Mr. Ruzicka attributes the change to a new sense of confidence among potential homebuyers, since the other ingredients for a turnaround – low prices, rock-bottom interest rates, and a wide variety of homes for sale – were already in place.

Even as sales increased in the first months of 2012, Mr. Ruzicka refused to believe the progress would last, remembering a similar upturn in 2010 which proved fleeting. But the momentum has continued into the summer and he now believes rising prices in his area will follow shortly.

"Things are going extremely well right now," he said. "We're pulling on the rope hoping the rest of the economy comes along." 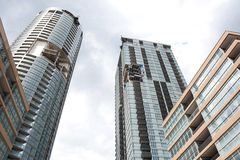