Warren Buffett, the billionaire chairman and chief executive officer of Berkshire Hathaway Inc., said his successor will need to avoid traps that have hindered companies in the past.

The next Berkshire CEO will need "the ability to fight off the ABCs of business decay, which are arrogance, bureaucracy and complacency," Buffett, 84, wrote in his annual letter to Berkshire shareholders posted online Saturday. "When these corporate cancers metastasize, even the strongest of companies can falter."

Buffett took over Berkshire in 1965 and transformed the struggling textile maker into the fourth-biggest company in the world. Its operations now span the insurance, transportation, energy, manufacturing and retail industries.

For years, the billionaire has avoided disclosing who might replace him as chief. He again stopped short of identifying the individual, reiterating that the Omaha, Nebraska-based company's board has the "right person" to succeed him after he dies or steps down, and believes that future CEOs should come from Berkshire's internal ranks.

"In certain important respects, this person will do a better job than I am doing," he wrote.

He also affirmed that his son Howard, a Berkshire director since 1993, could be the company's non-executive chairman once he's gone. That arrangement will allow for a continuation of Berkshire's culture and will provide a stopgap should the next CEO need to be replaced, Buffett wrote.

The primary job of his successor will be to allocate capital and to keep outstanding managers running each of its businesses, Buffett wrote. The person will also need to have a good character, which he defined as being "'all in' for the company, not for himself."

Buffett relies on the CEOs of Berkshire's dozens of operating businesses to handle day-to-day decisions, leaving him time to pursue takeovers and invest in stocks and bonds. The billionaire frequently uses his letter to praise the work of the company's managers, a group that he calls "all-stars."

That structure is "the ideal antidote to bureaucracy," Buffett wrote. "In an operating sense, Berkshire is not a giant company but rather a collection of large companies."

Some of Buffett's comments over the years have led investors to guess that potential successors include Ajit Jain, the head of Berkshire's namesake reinsurer; Greg Abel, who leads the energy-utility business; and Matthew Rose, executive chairman of BNSF railroad.

In a separate letter discussing Berkshire's past and future, Vice Chairman Charles Munger specifically praised Jain and Abel. The two managers are proof that Berkshire would continue to thrive if Buffett departed soon, Munger wrote. Neither would leave Berkshire for a competitor and both believe in the company's unique system, he said.

"Ajit Jain and Greg Abel are proven performers who would probably be under-described as 'world-class,'" the Berkshire vice chairman wrote. "'World-leading' would be the description I would choose. In some important ways, each is a better business executive than Buffett."

Mr. Buffett, 84, is aiming to make 2015 a celebratory year. He took control of Berkshire five decades ago and transformed it from a struggling textile maker into a sprawling business empire. Early on, he bought insurers, then used premiums from those businesses for stock picks and acquisitions. Operations now include electric utilities, manufacturers, retailers and one of the largest U.S. railroads.

Learn from Buffett, but that doesn’t mean investing in Berkshire
Subscriber content
February 27, 2015 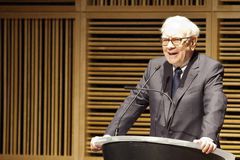 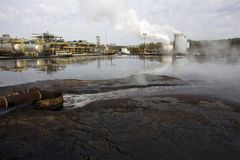 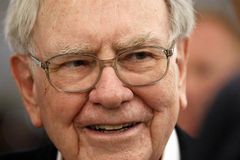 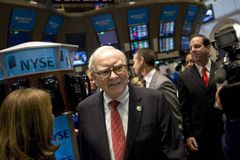