Janet Yellen reignited a decades-old conversation about gender-neutral language Monday when she revealed she wants to be called "chair" of the Federal Reserve Board rather than "chairwoman" or "chairman."

As the first woman to head the U.S. central banking system, Ms. Yellen's choice of language is being noted by women in boardrooms around the world, where many are increasingly adopting the neutral term "chair" as they move into more positions of board leadership.

Senior women in business applauded Ms. Yellen's decision Monday, saying it represents an important step forward for a traditional institution like the Fed to stop using the term "chairman" – at least during Ms. Yellen's term – signalling that leadership positions are for either gender.

"I definitely care – words matter," said Phyllis Yaffe, who prefers the term "chair" as head of the boards of Ryerson University and Cineplex Inc. "They turn into attitudes over time."

It does not appear, however, that the Fed has permanently changed the title for its leadership. The Washington Post reported that Ms. Yellen has simply instructed Fed staff she will use the title "chair." Some governance advocates said they prefer organizations to officially change the title so that "chair" doesn't become unofficial shorthand used only by women.

"The name belongs to the office to which a person is appointed or elected," says Helen Kearns, a corporate director and financial industry executive. "If, in fact, the name of the office from henceforth becomes Chair of the Federal Reserve, then that works."

Stan Magidson, chief executive officer of the Institute of Corporate Directors, which represents 7,500 board directors in Canada, said many organizations – including the ICD itself – have adopted "chair" as the term for all its board leaders, whether the role is held by a man or a woman, although the ICD does not push other boards to embrace the same terminology.

"We believe this is a practice that should be determined by each organization as appropriate in its own circumstances," Mr. Magidson said Monday. "One size doesn't fit all."

Former York University president Lorna Marsden, who has been a director on many corporate boards, said Ms. Yellen "is a very forward-thinking person" and she supports her change in language. Ms. Marsden said she asked to be called "chair" when she became chair of a sociology department back in 1977, and has continued using the title ever since through numerous senior roles.

But some female board leaders say they still prefer the term "chairman" because it is a title for a role, and does not have to be a gender-specific term. Canadian Tire Corp. Ltd. chairman Maureen Sabia says she doesn't want to be called "chair" because "I'm not a piece of furniture."

"I insist on being called 'chairman,'" she says. "It is an office, and the sex of the person holding it is irrelevant."

Ms. Sabia said an insistence on gender-neutral terms for official positions arises from "female insecurity" and not from any real discrimination.

Patrice Merrin said she also asked to be called "chairman" as head of the board of CML HealthCare Inc., and was typically referred to as "madam chairman" during formal discussions.

"I saw chairman as an office to be held, like prime minister," she said.

Ms. Merrin says she is keenly interested in the issue of promoting women on boards, but is not as concerned about the semantics of the language that is used.

York University law professor Richard Leblanc, who specializes in issues of board governance, said he is seeing more boards adopting "board chair" as the official title after abandoning past experiments with the awkward term "chairperson."

"Language does matter for younger people, role models, and subconsciously," he says. "It is a broader governance trend as I see it, and it signals a maturity. … Gender within the name, or of the person, is not really relevant to the position or ability to carry it out." 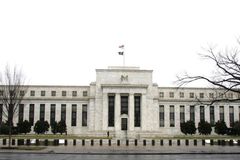 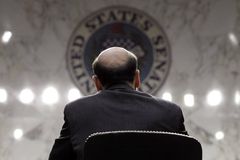 Janet Yellen: A woman at the top of a very male profession
January 29, 2014 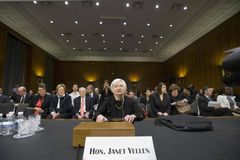 Yellen’s first challenge: Getting Fed policy makers on her side
January 26, 2014 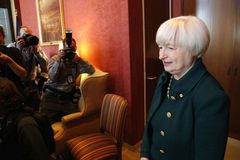 ‘Helicopter Ben’ Bernanke: A hero of the war, a legacy unwritten
January 24, 2014 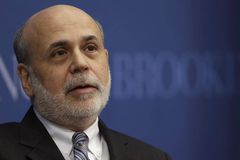