The U.S. Department of Justice has charged six Chinese nationals – including three professors – with economic espionage and the theft of trade secrets, a high-profile case against men who studied and worked in the U.S. before returning to China with the allegedly stolen wireless technology.

The electrical engineers at the heart of the case earned doctoral degrees at the University of Southern California and then worked for U.S. firms before heading back to China to work at a university, start a company in a state-sponsored economic development zone, and obtain contracts with both commercial and military organizations, prosecutors allege. One has been arrested.

Canadian observers say the 32-count indictment, which was unsealed late on Monday, highlights the prevalence and severity of industrial espionage in North America, and underscores the need for Canada to adopt more stringent laws. Canada has no dedicated act on trade secrets and economic espionage and has not successfully prosecuted a similar case, experts say.

In 2012, a former Nortel Networks Corp. employee named Brian Shields told The Globe and Mail that Chinese hackers had been attacking the company for years, and may have contributed to the storied firm's downfall. Mr. Shields, who worked at the Canadian telecom firm for 19 years and was a senior systems security adviser, said Nortel approached the RCMP in 2004 and turned all its evidence over, but received no help. Before that, however, a former head of Canada's spy agency said it had approached Nortel with evidence of Chinese activity around the company, but was "brushed off" at a time management seemed preoccupied with booming telecom growth in China.

The U.S. department's charges suggest a drawn-out plot to deliberately and illegally transfer wireless technology gleaned from two U.S. companies – Avago Technologies in Colorado and Skyworks Solutions Inc. in Massachusetts – to Tianjin University in China and a Chinese company founded by the individuals. Officials at Tianjin University, which falls under the Chinese government's Ministry of Education and receives state funds in part to help economic growth in China, allegedly instructed the individuals to set up a separate shell company registered in the Cayman Islands, to which the technology was transferred.

One of the suspects, Hao Zhang, a Tianjin University professor, was arrested on May 16 after he landed at Los Angeles International Airport. The others are believed to be still in China.

The trade secrets in question relate to "film bulk acoustic resonators" – technology that is used in mobile phones and other wireless devices to filter out unwanted radio frequencies. The technology can help make wireless devices smaller, and has both commercial and military applications. One of the other charged individuals, Huisui Zhang, graduated from Peking University in Beijing, one of China's most prestigious schools, while another has links to Chinese government political committees.

"Sensitive technology developed by U.S. companies in Silicon Valley and throughout California continues to be vulnerable to co-ordinated and complex efforts sponsored by foreign governments to steal that technology," said U.S. Attorney Melinda Haag of the Northern District of California, where Mr. Zhang will have his next scheduled appearance.

Mr. Zhang and Wei Pang, another Chinese national charged in the case, met while studying toward PhDs at the University of Southern California. Both obtained their degrees and began working for the U.S. companies before allegedly communicating about heading back to China, negotiating with Tianjin University officials, and discussing their plans in e-mails – using verbs such as "lift" and phrases such as "copy directly to China." The individuals, in e-mails detailed in a superseding indictment, mentioned their firm would have an innate advantage over competitors because it would not have to pay for any research and development costs. "No … company can compete with us," one of them wrote.

Michel Juneau-Katsuya, who formerly headed the Canadian Security Intelligence Service's Asia-Pacific branch, said that in the mid-1990s he commissioned a study that showed economic espionage cost the Canadian economy roughly $12-billion per year – a figure he estimates could now be 10 times larger. He says Canada's legislation is inadequate, and that some of the most vulnerable entities are Canadian smallandmedium-sized businesses that might be doing valuable R&D but – unlike larger corporations – lack the ability to ensure the information is properly protected.

"There are very real economic costs, yet the government does nothing, or very little, to raise awareness among Canadian business leaders," said Mr. Juneau-Katsuya.

Unlike the United States, which has the Economic Espionage Act of 1996, Canada lacks a dedicated law that offers extensive protections and a broad definition of what constitutes a trade secret; clauses on trade secrets and economic espionage are tucked within Canada's Security of Information Act.

"Canadian law provides little protection for individuals and corporations against the very real threat of industrial espionage," wrote Emir Crowne, an associate professor at the University of Windsor, and Tasha De Freitas, an intellectual property lawyer, in a 2013 journal article that recommended a law similar to the one in the U.S. 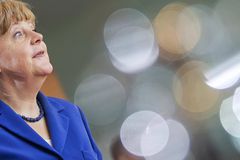