The Trump administration has dropped a contentious demand that all vehicles made in Canada and Mexico for export to the United States contain at least 50 per cent U.S. content, removing a key roadblock to a deal for a new North American free-trade agreement.

Sources with knowledge of the talks said the United States took one of its toughest protectionist demands off the table during NAFTA meetings in Washington last week, which included a sit-down between Foreign Minister Chrystia Freeland and U.S. Trade Representative Robert Lighthizer. The people spoke on condition of anonymity in order to discuss the confidential discussions.

Autos have been one of the biggest sticking points in the talks. Washington had originally demanded both the 50 per cent U.S. content requirement and jacking up an existing requirement for North American content from 62.5 per cent to 85 per cent. Canada and Mexico flatly rejected the U.S. content demand, since it would give the United States a guaranteed economic advantage over its North American trading partners.

Canada's ambassador to Washington, David MacNaughton, said on Tuesday that meetings over the past two weeks "have been more positive than I've seen them before.

"I can say in all honesty that there has been substantive progress made, certainly on the auto side," he told a conference of the American Association of Port Authorities at a Washington hotel. "I am confident that we are going to move forward. I hope we can do so as quickly as possible."

Mr. MacNaughton said Mr. Lighthizer and his team came to the table with a series of "constructive" compromise proposals aimed at reaching a deal on autos. He would not say exactly what the United States' ideas are, but said that if adopted they would address President Donald Trump's desire for more American content in cars without adopting a hard-and-fast U.S. content rule.

Other logjams have arisen over U.S. demands on procurement and dispute resolution.

At the conclusion of the last formal round of negotiations, in Mexico City earlier this month, Mr. Lighthizer said he wanted an agreement in principle in four to six weeks. One source with knowledge of the talks said the three sides are rushing to reach a deal by the end of April, before Mexico's presidential election campaign begins in earnest.

Prime Minister Justin Trudeau hinted earlier this week that talks were speeding up.

"We're renegotiating NAFTA, we've seen from the President he's enthusiastic about getting to a deal," he said.

The United States backing off its harshest demand would make the path to a deal much easier.

"If true, that would be a very strong indication that we're in deal-making mode," said Flavio Volpe, president of the Automotive Parts Manufacturers' Association of Canada.

Mr. Volpe said meetings he held recently with Mr. Lighthizer's office have given him hope that an agreement can be reached, possibly during the next round of negotiations in Washington in April.

On the controversial auto-content proposals, U.S. officials asked "real questions about how things are made, from what and where," Mr. Volpe said.

In a bid to solve the auto issue, Canada presented compromise ideas in negotiations in Montreal in January. Ottawa's pitch included new incentives for automakers to use North American steel, invest in research and development, and build electric and self-driving cars. It also suggests changing the method for calculating North American content to include high-tech components that did not exist in vehicles when the original NAFTA deal came into force in 1994.

At the time, Mr. Lighthizer dismissed most of Canada's proposals. But last week, said one source, he changed his stance and proposed ideas that build off Canada's.

Mr. MacNaughton said he expected to know "later on this week, or early next week" how much progress was possible.

"What we've all agreed on is 'Let's do everything we can to get as far as we can, whether it be the end of March or early April or whatever. Let's put a real push on to see how far we can get,'" he said. 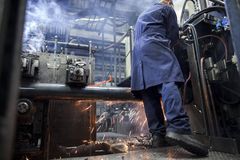 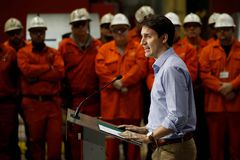 Mexican economy minister says Canada should be set to continue NAFTA without U.S.
March 15, 2018
Follow Adrian Morrow and Greg Keenan on Twitter @adrianmorrow @gregkeenanglobe
Report an error Editorial code of conduct
Due to technical reasons, we have temporarily removed commenting from our articles. We hope to have this fixed soon. Thank you for your patience. If you are looking to give feedback on our new site, please send it along to feedback@globeandmail.com. If you want to write a letter to the editor, please forward to letters@globeandmail.com.
Comments are closed