The FIFA World Cup is expected to be the sporting world's largest gambling event ever as punters find more ways to place bets online. And gaming companies are doing all they can to attract bets, with one British firm even resorting to a computer-generated octopus to drum up business.

In Britain, where much of the online gambling is based, wagers will likely top £1-billion, or $1.8-billion, for the first time. And that total could go higher if England advances to the final.

"We're expecting the World Cup to be the biggest sporting event in our history – and I think that's fair to say across the gambling industry in general," Rory Scott, spokesman for Paddy Power PLC, a Dublin-based gaming company. "It's going to be massive compared to 2010 – only four years ago."

Gambling companies also see the tournament as an opportunity to attract new customers and many have employed some creative marketing strategies to woo new players. Paddy Power, which runs one of the largest Internet gambling sites, has been offering more favourable odds for certain teams and it hired renowned physicist Stephen Hawking to create an equation with all the variables needed for England to win the title.

"Everyone's going to be watching the World Cup in the next few weeks, and it's a huge time to find new customers – that's why everyone's going with the aggressive offer," Mr. Scott said.

Betfair Group Inc., a sports betting company based in London, has launched a marketing campaign featuring an animated octopus that plays table tennis against multiple players. The mascot, reminiscent of the psychic cephalopod named Paul that forecast many games in the 2010 World Cup, is meant to highlight the playful and fun side of gambling. But the company ran into a public relations nightmare recently when a truck carrying a plastic replica of the creature broke down in central London during rush hour.

There's also a burgeoning market for sports betting in bitcoin, the Internet-based currency that can be moved digitally without passing through a bank or a central authority. Cloudbet is one of several websites offering a place to bet on sports with bitcoins. The site introduced a World Cup promotion in which soccer fans can bet for free with a chance to win 100 bitcoins, worth about about $67,500.

Rules surrounding online gambling vary depending on the country. Online gambling is illegal in the United States but the law isn't as clear cut in Canada. In Ontario, crown corporation Ontario Lottery and Gaming Corp. (OLG) is preparing to launch its first digital gambling platform this fall, which will feature slots and poker. The OLG also has plans to develop a digital sports wagering system in the future.

Regulators have had a hard time keeping up with the ever-changing nature of online betting, especially through smartphones. "It's all about mobile, it's the first time we'll see more bets on mobile than desktop," said Barry Orr, a spokesman for Betfair.

The 2010 World Cup saw many punters logging onto their desktops to place bids on their favourite teams, but that is changing as digital apps improve and more customers want to engage with their cellphones.

Betfair's mobile betting business makes up 60 per cent of its overall business. That ratio could be even higher during the World Cup, the company said.

For fans playing it safe, Brazil has 3-to-1, or Argentina at 4-to-1 – both South American teams should be used to the heat and humidity of South America, Mr. Orr said. As an Argentina fan, he's hoping the two will meet in the final.

Editor's note: An earlier version of this story said Ontario Lottery and Gaming Corp. regulates gambling. In fact, the group just conducts the games. This has been corrected.

The real reason world soccer is cleaning up its act
Subscriber content
June 11, 2014 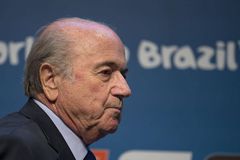 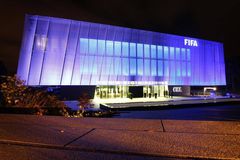