For a fast-growing Canadian company, it's another eye in the sky in another part of the world. Last fall, Britain's West Midlands Fire Service began using a SkyRanger small unmanned aerial system (sUAS), or drone, from Waterloo, Ont.-based Aeryon Labs Inc. Staff deploy the SkyRanger, a four-propeller unit with two high-resolution cameras, to do everything from track the spread of fires to search for missing persons.

Britain is one of more than 30 countries where Aeryon has customers. "Right from the beginning, exports were a big part of our business," says co-founder, president and chief executive officer Dave Kroetsch. Aeryon's technology accounts for much of its success. But when it comes to developing products and shipping them worldwide, Canada's friendly regulatory environment has helped give the company an edge over U.S. rivals in a highly competitive industry.

The WMFS was an early adopter of drones, having flown them since 2007. It chose the SkyRanger for its reliability in extreme weather, endurance, safety and ease of use, says Andy Cashmore, unmanned aerial system manager for the fire service's technical and operations support directorate.

Aeryon systems typically start at about $60,000, putting them at the high end of the market. At about 40 minutes, the SkyRanger has the best battery life in its size range, according to Mr. Cashmore. Where traditional drones use a joystick, the SkyRanger is controlled with a tablet and stylus. Among its safety features: a setting that commands it to return home in the event of a dropped GPS link.

"The system's not going to fly away and leave you scratching your head wondering where it is," says Mr. Cashmore, who first encountered Aeryon at a British trade show. The drone maker and the WMFS are now working together to develop air monitoring and sampling capabilities that would identify and track gases, vapours and other dangerous fire byproducts, he says.

When Mr. Kroetsch started Aeryon with Steffen Lindner and Mike Peasgood in 2007, they originally aimed to bring drones to the commercial market – a market that didn't yet exist.

But the product that Aeryon had created was very suitable for military use, Mr. Kroetsch recalls. As a result, the company instantly became a global business. "We got a lot of early interest in our product from military customers, and that's a very international group," Mr. Kroetsch says. Each year between 50 and 80 per cent of privately held Aeryon's sales have come from exports, he estimates.

The company now serves military, public safety and commercial clients. Mr. Kroetsch says it gets much of its business from the Middle East, where militaries and energy companies use its vehicles for aerial intelligence and monitoring facilities, respectively. With inexpensive camera drones now widely available, Aeryon has chosen not to play in that segment, he notes.

"Instead we've focused on the high-end applications, things like these critical infrastructure inspections in oil-and-gas markets," Mr. Kroetsch says. "It's those kinds of capabilities that the enterprise-class customer and the tactical customer really value, and that's where we've decided to plant our flag."

Trade shows are a crucial direct sales tool. The first such event to give Aeryon's international profile a big boost was the biannual Special Operations Forces Exhibition and Conference (SOFEX) in Marka, Jordan, which the company began attending in 2010, Mr. Kroetsch says.

Aeryon also attracts clients through its website and social media presence. "The early adopters in our industry managed to find us, and in early days that generated the vast majority" of interest, Mr. Kroetsch says.

The company has also cultivated a network of overseas channel partners who know the local market. "If the customer is a foreign military, for example, or even a foreign power company, it's more difficult for us to go knock on the door versus these guys," Mr. Kroetsch says. "They're generally already selling some other product to the end user."

Given the price tag of Aeryon's vehicles, selling a potential client often calls for a live demonstration. To that end, the 76-employee company has five salespeople who do their fair share of travelling.

Aeryon has no shortage of rivals in the global commercial drone market, whose sales will hit $1.27-billion (U.S.) by 2020, according to Dublin-based research firm Research and Markets. But being located in Canada works in its favour.

First, thanks to this country's relaxed drone laws, Aeryon has enjoyed access to airspace long denied its counterparts in the United States, where the Federal Aviation Administration only began allowing commercial use in the past year. "We've been able to have customers flying and we've been able to fly and test our systems in the air, as opposed to many potential competitors that could have started in the U.S. but simply couldn't even fly to test their own systems," Mr. Kroetsch says.

"Another critical competitive advantage has been Canada's ability to export our product," he adds. Whereas Canadian rules allow Aeryon to sell to an oil-and-gas provider in Oman, U.S. drones face tight export restrictions because they're deemed military rather than commercial products, Mr. Kroetsch explains.

Colin Snow, founder and CEO of Drone Analyst, a research and consulting firm based in Redwood City, Calif., praises Aeryon for recently introducing optical zoom image capture to the SkyRanger. "That's something nobody's doing," he says. "I think that's one of the smartest things they did."

Mr. Snow says his biggest concern for Aeryon in the United States is what he calls its lack of presence at commercial trade shows. "That's a big deal, because people are already establishing their relationships" to take advantage of loosening U.S. rules, he adds. "They may be late to the game."

Mr. Kroetsch puts the U.S. market in perspective. For the past four years, Aeryon's annual growth has been about 100 per cent, a trend that he expects to continue and probably accelerate. For 2015, it forecasts that 80 per cent of its business will be outside North America, Mr. Kroetsch says. The outlook is the same for next year, even with the improvement in U.S. regulations.

"Being Canadian-based, we see a bigger world beyond just North America," Mr. Kroetsch says. "We have a product that's very applicable internationally, and we're able to sell it internationally because of some great government support." 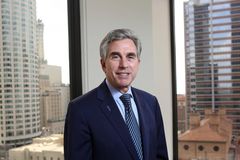 Greek threat to default on loans slams stocks, euro
May 25, 2015 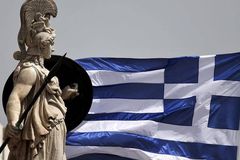 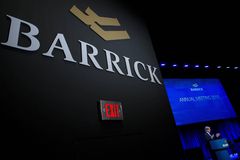