The new year began ominously enough with financial market chaos in China, but a new report from the World Bank adds to the gloom by downgrading the 2016 forecast for global economic growth because of the widespread, ongoing slowdown across the world's major emerging markets.

The World Bank said last week its economists now think growth of global gross domestic product will be 2.9 per cent this year, down 0.4 from an earlier economic forecast in June. The main reason for the downgrade is the persistence of negative trends in major developing economies such as China, which is struggling through market turmoil as it attempts an economic transition, and Brazil, which is grappling with political dysfunction after years of lacklustre growth.

As the major emerging economies – including most of the so-called BRICS countries: Brazil, Russia, India, China and South Africa – all struggle through slower growth in 2016, they could reduce growth in surrounding developing countries by as much as 0.8 per cent, in what the bank said was a "substantial risk of contagion." The cumulative effect of that drag could lower overall global growth by 0.4 per cent. The pessimistic assessment suggests economic momentum in the United States, and bright spots in South Asia and East Africa, will be overshadowed as negative trends that continued in 2015 drag deep into 2016.

"The widespread slowdown across emerging and developing economies is a source of concern for the global economy and poses a threat to hard-won achievements in poverty reduction," the group said. "Worsening prospects for developing countries have coincided with a sharp slowdown in global trade, a rise in financial market volatility and a substantial decrease in capital inflows."

The World Bank outlined a number of concerning developments across emerging markets, including the rare development that most of the biggest emerging economies in each region have simultaneously slowed over each of the past three years. Although some net commodity importers in Asia, such as India, have benefited as commodity prices crashed, many others are suffering through depreciating currencies, weak productivity growth and strained balance sheets from lower-priced commodity exports. There is also "heightened policy uncertainty" in several major emerging markets such as Brazil and Turkey. Further rate raises from the U.S. Federal Reserve add uncertainty to an already-volatile situation for many emerging markets, the group said.

The situation for advanced economies is less grim. The U.S. is estimated to see GDP growth of about 2.5 per cent, the highest annual rate since the global financial crisis. And growth in Europe, aided by lower oil prices that have helped boost consumption, is predicted to pick up from 1.5 per cent in 2015 to 1.7 per cent this year – a recovery that has actually helped some emerging markets in Eastern Europe, Central Asia and North Africa. In Japan, growth is set recover from a slow 0.8 per cent in 2015 to about 1.3 per cent this year as the country attempts to boost consumption and exports, but the World Bank warned that Japan's ongoing economic recovery "remains fragile and dominated by downside risks."

The bad news in emerging markets, however, continues a dismal trend from 2015, when roughly half the world's emerging economies were estimated to have suffered through lower-than-expected growth – with the lowest growth rates coming from net commodity exporters such as Venezuela, Russia, Angola, Kazakhstan and Colombia.

The worries are particularly acute around China, which has roiled global financial markets over the past week during a steep sell-off in overvalued equities that was twice halted by much criticized circuit breakers. The World Bank said "downside risks to Chinese growth have risen" and that its total debt-to-GDP ratio is now "significantly larger" than most other emerging markets. A more abrupt slowdown than currently predicted in China, the bank warned, risks leading to spillover effects in other emerging economies, and particularly commodity-exporting ones.

Still, global GDP growth this year – estimated at 2.9 per cent – is expected to be slightly higher than the 2015 figure of 2.4 per cent, which was down from the previous year. The World Bank currently predicts GDP growth in 2017 and 2018 to be 3.1 per cent. 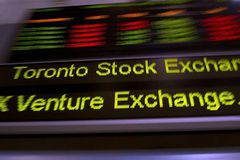 How an emerging markets fund was able to post big returns in a declining market
December 29, 2015 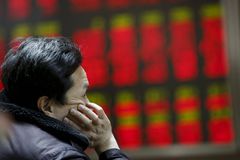 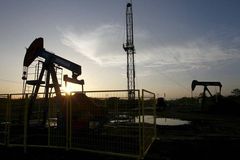 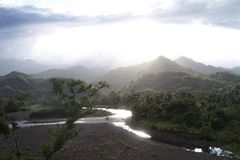