The World Bank believes Donald Trump's plan to cut corporate and personal income taxes in the United States could provide a significant boost to the global economy this year. But the bank is also raising alarm bells about a rise in anti-trade sentiment by the U.S. president-elect and other world leaders.

The bank said growth could be higher if Mr. Trump forges ahead with plans to cut the U.S. corporate tax rate to 15 per cent from 35 per cent and lower the average personal income tax rate by 2.5 percentage points. If both happen this year, U.S. growth would increase to as high as 2.5 per cent in 2017 and 2.9 per cent next year, from 2.2 per cent and 2.1 per cent, respectively. That in turn would boost global growth by 0.1 percentage points in 2017 and 0.3 points in 2018.

However, the bank's lead economist, Franziska Ohnsorge, stressed that other policy measures, such as spending cuts and trade restrictions, could lessen the impact of the tax cuts. "There are big caveats [to the estimate]," she said during a briefing on Tuesday at the bank's office in London.

The bank highlighted growing trade restrictions as the biggest risk to the global economy this year. Mr. Trump has been a fierce critic of trade deals and has indicated that he wants to renegotiate the North America free-trade agreement. Protectionism has also swept across much of Europe, which has delayed ratification of the Canada-European Union trade agreement.

Ms. Ohnsorge said 2016 saw the highest number of trade restrictions imposed by countries since the recession. She added that the overall growth in global trade has slowed to around 4 per cent annually since the recession, from a prerecession average of 7 per cent.

"It's the G20 economies where trade-restricting measures every year have been larger than trade liberalizing measures," she said. And things could get worse. On average, tariffs could increase around the world by one-third before they would hit the World Trade Organization limits. "In a way, even without doing anything dramatic, a lot of countries could increase their tariffs quite a bit," she said. "It has been estimated that just this move, from actual to the upper bound [of WTO limits], reduces global trade by 10 per cent over several years." Non-tariff barriers pose an even larger problem, she added.

"This changing attitude to the benefit of trade is something that you are already seeing in trade data," she said. "For developing countries, that is a real problem, because in many of them, trade has been an engine of growth and it's helped lift many people out of poverty. With that said, of course we all recognize that the benefit of trade has not benefited everyone and it has to be acknowledged clearly that policies are needed to support some of the losers from trade." She added that there are no signs protectionist attitudes are lessening. "For now, there is little indication that it is going to change."

Britain's withdrawal from the EU poses another global uncertainty, the bank noted. While bank economists have been surprised by the resilience the British economy has shown since the country voted in June to leave the EU, the bank expects growth in Britain to slow and uncertainty to rise in 2017.

Ms. Ohnsorge acknowledged that the bank has been overly optimistic in recent years with its forecasts. The bank has had to downgrade its forecasts in each of the past five years. She chalked that up to unforeseen circumstances, such as the sudden drop in oil prices. "Who knew in June, 2014, that OPEC would change its stance and that oil prices would collapse? That has big repercussions," she said. 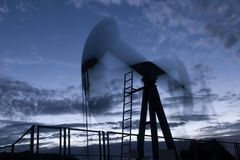