Before saying a word at a press conference in Washington this year, World Bank president Jim Yong Kim held up a piece of paper on which he had scrawled a number: 2030.

The finance ministers and central bankers who set the World Bank's agenda had just signed off on his request to set a deadline – 17 years from now, in 2030 – for the elimination of extreme poverty, defined loosely as subsistence on less than $1.25 (U.S.) a day.

It was an audacious statement for a new leader who had kept a relatively low profile since replacing fellow American Robert Zoellick a year ago. The World Bank's mission since its creation after the Second World War has been to rid the world of deprivation, yet no one had ever bothered – or dared – to put a date on its eradication.

But in an exclusive interview with The Globe and Mail last week, Dr. Kim gave the impression that his dramatic announcement was not just theatre, that his second year at the World Bank will be more active than his first.

"We at the World Bank Group have huge aspirations for the poor," Dr. Kim, a trained physician, said in an interview ahead of his first official visit to Canada, which began Monday in Ottawa. "This is the first time that realistically we have been able to see the end of poverty."

There are doubters. Bessma Momani, who studies the World Bank as a senior fellow at the Centre for International Governance Innovation in Waterloo, Ont., said she wishes Dr. Kim well, but thinks the 2030 target is "over the top."

In 1990, about 43 per cent of the population of developing countries lived in what was then defined as extreme poverty. Twenty years later, the proportion was 21 per cent, the result of strong economic growth and a more focused aid agenda.

If that much progress can be made in a generation, Dr. Kim sees little reason why something similar can't be achieved by the time he reaches his 70s. Although his renewable, five-year term ends long before 2030, he said he intends to review progress on an annual basis beginning immediately.

Finance Minister Jim Flaherty endorsed Dr. Kim's ambitions. At the same time, he hinted at some frustrations with the way the World Bank operates.

The World Bank actually is more like a holding company, consisting of several units. There's one that lends to the poorest countries and another that concentrates on "middle-income" nations. There's also an investment bank and an agency that offers political-risk insurance.

In a statement to the World Bank's board in April, Mr. Flaherty indicated that those units could work more effectively together. He also called on Dr. Kim to "deepen and strengthen" the World Bank's relationship with the private sector.

"Equally important to the goals themselves is how we achieve them," Mr. Flaherty said.

On Tuesday, he will deliver a keynote speech at the Conference of Montreal, the annual gathering of officials, investors and executives hosted by the International Economic Forum of the Americas.

His message in Canada should please Mr. Flaherty. He said he's reducing World Bank bureaucracy. And the reason he's in Montreal is to try to inspire investors to take advantage of opportunities in countries such as Liberia, which has been peaceful for a decade yet still struggles to attract capital. As a result, the country is woefully short of electricity, and its citizens pay rates that are five times higher than what it costs to keep the lights on at World Bank headquarters in Washington.

"If you really want to lift the next 1.2 billion out of poverty, you have to focus on the private sector, how every dollar in [official development assistance] can leverage much more in terms of private investment," Dr. Kim said.

But a focus on investment doesn't mean Dr. Kim is abandoning the World Bank president's job of rallying rich countries to keep his coffers full. Dr. Kim will be asking Mr. Flaherty for money, as the International Development Association (IDA), the unit that lends to the poorest countries, is due for replenishment this year.

The task will be difficult, as so many countries are trying to reduce deficits that expanded during the global financial crisis. Dr. Kim says the money is vital, both to leverage private investment through partnerships and to finance development in areas that don't offer obvious profits, such as health.

"Am I asking for a robust IDA replenishment? You bet," he said. "This is the one opportunity of countries to make a vote of confidence in the World Bank Group." 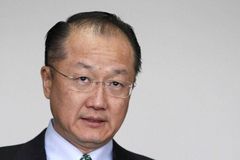 Why India’s acclaim for protecting reproductive rights rings hollow
May 11, 2018 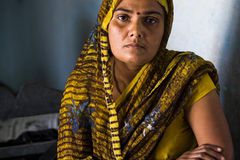 Nigeria statistics chief has almost figured out the economy
May 11, 2018 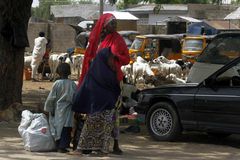 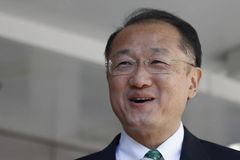