After a breakout year for global stock markets, investors worried about a possible correction are finding new reasons for concern.

An unexpected slowdown in China's factories provided the trigger for a selloff that dragged down equity markets in Toronto, New York, London and Tokyo on Thursday. A mixed earnings season in the United States is stoking fears that high-flying stocks are vulnerable to further losses.

While market dips are common, money managers say Thursday's decline reflects a growing wariness among investors who have seen their portfolio values soar over the past year and are eager to hold on to their gains.

"Everybody made a lot of money last year," said David Baskin, president of Baskin Financial. "Everybody recognizes that the U.S. market has now gone 17 months without a correction of any kind. So people are just kind of cautious."

Investors seem to be looking for reasons to take money off the table. So far, despite some high-profile misses by bellwethers such as Alcoa Inc. and Citigroup Inc., companies in the S&P 500 have enjoyed a reasonably strong earnings season. Sixty-five per cent of the first 102 firms to report have beat analysts' expectations, according to S&P Capital IQ.

Still, the S&P 500 is down – albeit marginally – since Alcoa kicked off the reporting season on Jan. 9.

Companies that fall barely short are being punished disproportionately. Investors are even turning cold to firms that fail to beat forecasts by enough of a margin. "Unless you hit the ball out of the park, nobody cares about your earnings very much," Mr. Baskin said.

International Business Machines Corp., for example, reported after markets closed on Tuesday that its fourth-quarter earnings rose by 14 per cent to $6.13 per share, handily beating analysts' estimate of $5.99. Investors preferred to emphasize the negative, however, and focused on the company's revenues, which missed the mark. IBM shares opened the following morning down 4.4 per cent.

Investors' willingness to dump stocks at the first hint of trouble reflects worry that U.S. corporations may find it difficult to sustain their pace of earnings growth.

The current bull market has in part been a product of rising profit margins. Companies have struggled to generate sales growth but have compensated by pushing profitability to record levels, largely by cutting costs, refinancing debt and buying back shares.

Investors are now concerned that margins can't be squeezed much more.

"It's all well and good announcing earnings growth but when this is continuing to be driven by cost-cutting measures, it's not the kind of growth that investors want to see," Craig Erlam, market analyst at Alpari (UK) Ltd., said in a note.

In the absence of substantial revenue growth, markets have become sensitive to any hint of economic turbulence.

A good example was the news Thursday that the HSBC-Markit purchasing managers' index of Chinese manufacturing activity had dipped to 49.6, just below the threshold that separates expansion from contraction.

In response, the S&P 500 index fell by 0.9 per cent, the S&P/TSX Composite Index slipped 0.3 per cent, the FTSE Eurofirst 300 lost 1.1 per cent, while the Nikkei 225 declined by 0.8 per cent. Meanwhile, the Chicago Board Options Exchange Volatility Index, also known as the "fear gauge," registered a 7.2 per cent increase.

That market behaviour may reflect a loss of faith in the bull market, said Daniel Bain, CEO at Toronto-based Thornmark Asset Management. "We've had a huge run in the market, one that doesn't particularly stress valuations, but one that sets us up for a seasonal pullback."

A market dip on the order of 5 per cent to 10 per cent could be in the works, Mr. Bain said. If that does occur, he'll be buying. "You have, for the first time in four years, the three biggest economies expanding – Japan, the United States, and Europe. You have generally positive data trends in North America, a strong housing market, consumers that have reconstructed their balance sheets, you have earnings growth in the order of 10 per cent, and you have interest rates which are low." 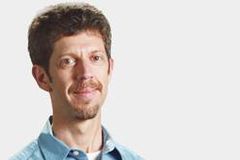