But with competition from companies in emerging and U.S. markets, can Cascades's emphasis on its green mandate give it enough of an edge?

The Quebec-based company that specializes in tissue products, specialty papers (such as computer paper), packaging cardboard and recycling gets a new president next month. And Mario Plourde's philosophy remains in line with the focus on environmentally friendly products and processes that saw Cascades grow to more than 12,000 employees, with about $4-billion a year in revenue.

It was not popular to be green or to recycle when the company started in 1964. "Most of the paper companies were virgin," he said, referring to products made directly from newly cut timber. "But we did it because we believed there was a lot of waste and we wanted to make a good product with it."

In the meantime, public opinion has shifted. "Especially today, I think the population is more conscious of the environment and more demanding of the product to be green."

At Cascades, 78 per cent of the raw material is recycled content.

"We use five times less water than our competitors in Canada," he adds, noting the company also works to reduce its greenhouse gas emissions.

The company also works on lowering its energy usage. "We developed an internal energy group with a mandate to reduce the consumption of energy by 2 to 3 per cent per year," Mr. Plourde says.

For instance, Cascades's Rolland Enviro100 paper is made entirely from de-inked newspapers and turned into pulp, and the facility derives most of its energy from biogas piped in from a nearby garbage dump. Rolland Enviro100 bears the label of the Forest Stewardship Council (FSC), a global environmental certification organization.

However, it's more expensive than Asian competitors', which can cost half the price of Cascades paper, produced within 50 kilometres of Montreal.

And, as public concern over the environment grows, and activists such as Greenpeace publicize destructive activities such as deforestation among Chinese and Indonesian paper companies, these companies are beginning to launch environmental initiatives of their own. For instance, Indonesian giant Asia Pulp & Paper Group (APP) developed its Sustainability Roadmap for 2020 and beyond.

Cascades' biggest competition comes on the raw materials side, where the Chinese are booming in the paper industry. "They're building a lot of capacity – not only in virgin fibre, but in recycled fibre," Mr. Plourde says.

In 2009, the price of waste paper skyrocketed because of an influx from China. "They're not always there, but when they come, they disrupt the market and obviously it's a big impact for us."

The Canadian dollar also has proven a challenge, opening the door to U.S.-made products to come into Canada more easily.

Cascades has no choice but to compete by promotion, Mr. Plourde says. "We try to stay very close to our customers and sell not only a product but sell service. When you're bringing a product from China, it's not always on the shelf when you want."

The company will continue to market innovation under Mr. Plourde. An anti-bacterial product that kills germs on hands is experiencing good penetration in the U.S., while at home, Cascades is readying for a big anniversary with tissue products in a new colour.

"It's our 50th anniversary next year." The colour of celebration is Moka, a beige, unbleached, 100-per-cent recycled hygiene product used in toilet and facial tissue, Mr. Plourde says. 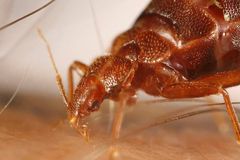 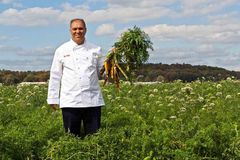 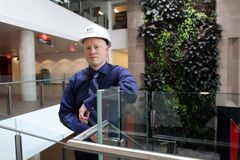 These firms dig deep to green the workplace
April 22, 2013 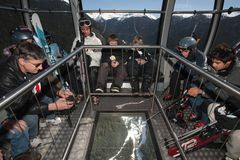 Which is the greenest choice for your clothing?
April 22, 2013 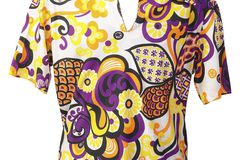