The Harper government has picked Jean-Pierre Blais to serve as the next chairman of Canada's telecom and broadcast regulator – a veteran bureaucrat expected to be less inclined to lock horns with the Conservatives than previous chairman Konrad von Finckenstein.

Mr. Blais's appointment as chairman of the Canadian Radio-television and Telecommunications Commission takes effect June 18 for a five-year term. He is the second CRTC chairman appointed by Stephen Harper, and on Friday the Conservative Prime Minister extolled his pick's insider status.

"He brings a strong legal background and a comprehensive understanding of the broadcasting and telecommunications sectors and the role of the CRTC, having held high-level positions at the Treasury Board Secretariat, the Department of Canadian Heritage and the CRTC, " Mr. Harper said in a statement.

The appointment comes at a transformational time for both industry and the commission. As chairman, he'll face a jam-packed agenda on both sides of the CRTC's mandate.

As the lines between broadcasting and telecommunications increasingly blur, the regulator will grapple with a slew of contentious issues such as the CBC's  upcoming licence renewal hearings, the continuing consolidation of media and telecom assets, and the state of wireless competition.

Those who know Mr. Blais say he is more of a conciliation-minded type who would seek compromise rather than strike out independently with bold initiatives. He is nevertheless enforcement minded and would not hesitate to impose consequences for infractions of CRTC rules. "Once he's made up his mind, he's very hard to move," one telecom insider said of Mr. Blais.

He's on record as a backer of big media conglomerates, telling CBC in 2001 during a previous stint at the CRTC that mega-mergers are the only way Canada can compete on a global scale.

Sources say the Harper government signalled to potential candidates that it wanted the CRTC to conduct itself differently from how it functioned under Mr. von Finckenstein. Telecom insiders predict Mr. Blais, 51, is more likely to anticipate and comply with Conservative government policy leanings.

Ottawa made it clear that it wanted the next chairman to put the consumer squarely first in decision-making and acknowledge that cabinet, not the regulator, sets public policy.

The test given to applicants contained apparent references to past clashes between the Harper cabinet and Mr. von Finckenstein. These included the disagreement over whether foreign-backed Globalive's Wind Mobile met Canadian ownership rules and the CRTC's 2011 "usage-based billing" ruling that the Conservatives felt was not consumer friendly because it would have effectively killed unlimited Internet usage plans.

Mr. Blais' most recent post was at Treasury Board, the management board of government. He has also served in a senior position at Canadian Heritage as assistant deputy minister of cultural affairs, responsible for files including copyright and cultural industries.

A lawyer by training, he has served as executive director of broadcasting at the CRTC as well as general counsel, broadcasting.

Very soon, the CRTC will have to decide what conditions, if any, to impose on BCE Inc.'s purchase of Astral – a deal that concentrates a tremendous number of media properties in one company and gives it the clout to dominate telecom, media and Internet services. Just this week, Kevin Crull, president of Bell Media, suggested BCE needs more regulatory breaks.

Although he did not address that issue on Friday, Mirko Bibic, BCE's chief legal and regulatory officer, noted Mr. Blais is "well suited to lead an institution that has to grapple daily with a rapidly evolving technological and competitive environment."

Other industry players, meanwhile, said the regulation of vertically integrated companies would remain a key issue for Mr. Blais and the commission. Vertically integrated players such as BCE and rival Rogers Communications Inc. not only own and create their own content, but also own the various distribution networks that are used to get that content to viewers.

Recently, BCE and Rogers teamed up in a $1.3-billion deal to buy a 75-per-cent stake in MLSE, owner of the Toronto Maple Leafs, Toronto Raptors and Toronto FC, with an eye to locking up the television rights for hockey, basketball and soccer for their sports channels.

"The ongoing consolidation of telecom and media and concentration of everything consumers watch and use to connect with the world with so few players is fast becoming an issue for Canadians," said John Bitove, executive chairman of Mobilicity.

That sentiment was echoed by Ted Woodhead, Telus Corp.'s vice-president of telecom policy and regulatory affairs. He said "enforcement of the CRTC's vertical integration rules" would remain a key challenge, stressing that technology has changed the way broadcasting content is distributed and consumed.

Toronto-based Globalive, which operates under the Wind Mobile brand name, will be looking to the CRTC to "level the playing field" on back-end issues such as roaming, tower sharing and the sharing of other network infrastructure.

Mr. Blais is going to have at the very forefront of his agenda "how to achieve the [Telecommunications] Act's objectives of competition and broad service across Canada" in a market characterized by three incumbents and new wireless entrants, added Mr. Lockie.

Ottawa insider seen as candidate for CRTC chair
May 7, 2012 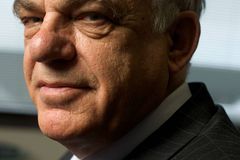 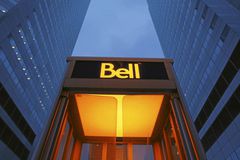