One of Jim Gillies's favourite quotes – which he repeated often – was from American architect Daniel Burnham. It began: "Make no little plans; they have no magic to stir men's blood." He lived as he spoke, and, as the founding dean of what was later called the Schulich School of Business at Toronto's York University, he hatched a grand vision.

"He put in place the grounding for the school, which was absolutely well done, and many of those ideas survived," says Dezso Horvath, Schulich's current dean, whom Dr. Gillies mentored decades ago. "He was a man who never thought small. He always thought big."

Dr. Gillies, who died in North York, Ont., on Dec. 13 at the age of 91, also served as vice-president of academic affairs at York for a few years, helping to build other key faculties at the school and assisting in the recruitment of big-name deans for inaugural posts.

The trained economist left York for politics for seven years in the 1970s and worked in key roles for the Progressive Conservatives, including senior policy adviser for Joe Clark during his brief tenure as prime minister.

Dr. Gillies was a charismatic teacher, a gifted storyteller and an incredibly hard worker. Up until he had a stroke in early 2013, he went into his office at York every day – and worked long days.

"I married him for better or for worse, but not for lunch," Betsy Gillies, his wife of nearly 62 years, would quip. He was a devoted spouse and father to four now-adult children, spending many weekends with them at the sprawling family cottage at Pointe au Baril, Ont., near Georgian Bay. Despite being named to the Order of Canada, getting several honorary doctorates and receiving numerous accolades from York – there's a bust of him on campus and a street was named after him – he remained a humble man who cherished the small-town values of his childhood in Teeswater, Ont., which he recalled as a very happy time.

James McPhail Gillies was born on Nov. 2, 1924, to Midford Gillies, a doctor, and his wife, the former Gladys MacPherson. His paternal grandfather, Dr. John Gillies, was one of the town's most influential early citizens, both as the local doctor and as the owner of the local bank. Young James grew up with three siblings, Helen, Don and John.

He studied economics at Western University, in nearby London, Ont., leaving school briefly in 1944 to serve overseas with the Royal Canadian Air Force. After the war and graduation, he did a master's at Brown University and then a PhD in urban land economics at Indiana University.

Dr. Gillies then became a professor at UCLA and eventually became assistant dean of the business school there. Betsy Matson, a former Chicagoan who worked as a secretary in the dean's office, had her eye on the young professor early on. They married in 1953 – he called her Beth – and their eldest two children, David and Cathy, were born in California. (James and Ted were born later, in Canada.)

Murray Ross, York's first president, knew Dr. Gillies and decided he would be perfect to head the new business school, but he had a hard time convincing his Los Angeles-based colleague to come north. Dr. Gillies finally agreed to make the trip, though, on a chilly March day in 1965. "It was a godforsaken place," he recalled years later when interviewed for a book on the history of York. "'When's the next plane back to L.A.?' I thought."

Dr. Gillies saw a huge opportunity at the growing school, however, and in the Toronto market, which had no strong business school at the time. Dr. Gillies loved California living, but missed home and the job at York would put him closer to Teeswater and his mother, who was still alive. So he took a year's leave of absence from UCLA, but never went back.

"The opportunity was great," recalls James Fleck, one of Dr. Gillies's long-time friends and his former colleague at Schulich.

He got to work recruiting faculty and developing programs for the start of the 1966 school year. Dr. Gillies often said: "That was my best year at York. No students, no faculty. I could do what I want," Dr. Horvath recalls. Dr. Gillies would also tell of the time a secretary ran into his office asking what she should do when a student who wanted to study business was calling from a payphone. "Send a cab!" he replied.

From the start, Dr. Gillies insisted on seeing the business school as a large program that could attract faculty and develop a range of programs. "He was so right about that," Dr. Horvath says.

Dr. Gillies launched the school with cutting-edge ideas: a curriculum that covered public, private and non-profit sectors; a separate non-profit leadership MBA; and a part-time MBA. He helped create the so-called strategy study component of the MBA that had students do a report on a real-life business and present it to that company's executives. All these programs still endure.

He was also an excellent fundraiser and drew, for example, half a million dollars from the Ford Foundation for the school, funds that were matched by the business community.

In 1970, Dr. Fleck says, Dr. Gillies was one of two candidates for the role of president of the university. Dr. Gillies lost out, he recalls, because of internal politics.

A friend who worked in politics suggested Dr. Gillies run as an MP for the Progressive Conservatives. He did, winning the Toronto riding of Don Valley in 1972. He spent seven years in Ottawa. At one point, he even ran for the leadership of the party, but dropped out in an early round.

He returned to York in 1980 to teach and write. He produced several notable works, including Where Business Fails (1981), which offered ahead-of-its time insights and predictions about government's increasing role in business. He was always interested in a range of topics and became a noted expert on corporate governance. "He loved ideas," his son Ted says.

Dr. Gillies also continued his work in the Schulich administration, helping to develop programs such as the Russia-Canada Corporate Governance Program.

In 2009, he pulled back from teaching at York and took on the role of professor emeritus, but he still headed into his office five days a week.

Dr. Gillies was outgoing, charming and had a way with words. He would often say "Canada needs 50,000 managers"; a statistic Dr. Fleck eventually realized was total conjecture – but he said it often and it worked for getting people passionate about Schulich. Ted recalls a favourite tale: A neighbour in Los Angeles had a party and Dr. Gillies showed up and started by telling an actress what he did for a living. She bored quickly and walked away. So, by the end of the night, he was a producer, and had a blast. "He loved a party," says Ted, noting his father was fond of martinis.

"He was always really interested in everybody else," says Carol Hansell, a Toronto lawyer who did her MBA at Schulich. The professor befriended her and the two did some writing together, but even when she was his student, Dr. Gillies would listen to her ideas. Although he always had significant things going on, when he dropped by her office for a coffee, he always asked about her life and her work, too. For all his accomplishments and his ability to make things happen, Dr. Gillies never lost his small-town manners and sense of humility. Says Ms. Hansell: "He was a very charming guy. But in a very honest kind of way." 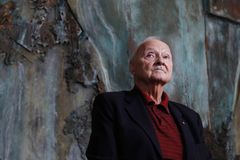 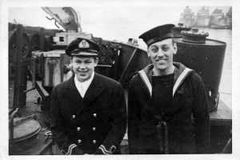 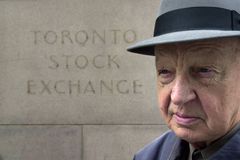