But the furious political debate over the $8-billion (U.S.) pipeline has laid bare some sobering truths about Canadian energy trade.

1. Barack Obama does not want this pipeline built.

It's not a question of evidence, economics or even a patch of Nebraska grassland. The Nebraska Supreme Court removed a key pretext for further delay last week, ruling that TransCanada Pipelines Ltd.'s route through the state is legal.

After the ruling, White House officials insisted that Mr. Obama will not bow to efforts by the Republican-held Congress to force his hand. Mr. Obama almost certainly will say no, handing the fate of Keystone to the next president.

It's about climate change, and Mr. Obama has staked his ground in opposition to a project that has become an unfortunate symbol of "dirty" oil and greenhouse gas emissions.

2. Even after decades of free trade, Canadian energy exports do not enjoy free access to the U.S. market.

Canada could try to establish its right to export energy freely to the United States by mounting a NAFTA trade challenge.

But Ottawa and TransCanada can't act until Mr. Obama stops ragging the puck and makes a final decision, or Congress forces him to act.

3. This fight has precious little to do with Canada.

If this fight was about just another pipeline, the project would have been approved six years ago.

4. Approval will come when the United States wrings every last bit of economic benefit out of the deal.

Senate Democrats say they won't endorse a pipeline bill unless Republicans agree to a series of conditions, including a Buy America rider requiring U.S.-only iron, steel and manufactured goods in the building, operation and maintenance of the pipeline.

"Our Republican colleagues profess that they are building the pipeline to create American jobs, but if they really care about achieving this goal they will vote for this amendment," senior Democratic Senators Charles Schumer and Debbie Stabenow said in a letter to colleagues.

The amendment may be a poison pill, designed primarily to embarrass Republicans. But it highlights a growing concern for Canadian exporters, who are already fighting a proliferation of protectionist purchasing rules at the federal, state and local levels across the United States. The Democrats' Keystone amendment represents a "worrying" escalation, with Congress threatening to use its regulatory powers to impose protectionism on private-sector infrastructure projects, pointed out Jayson Myers, chief executive of the Canadian Manufacturers and Exporters.

The successful exploitation of vast shale deposits has put the United States on a course toward the Holy Grail of energy independence. Whether the country ever gets there is unclear, but many now believe it's possible, even with oil at $50 (U.S.) a barrel.

"I think it is realistic that the U.S. could be energy self-sufficient by the end of this decade," Exxon Mobil chief executive Rex Tillerson told CNBC last week.

The United States is already the world's largest producer of natural gas. By 2016, it will surpass Saudi Arabia as the top oil producer as well, according to the International Energy Agency.

It's all a long way from the once-popular theory of peak oil, which predicts that U.S. oil production will soon top out and go into inexorable decline.

There may be a silver lining to all this for the Canadian oil patch. With crude oil selling for less than $50 a barrel, history suggests Americans will quickly resume their gas-guzzling ways.

And that could start the cycle all over again – rising consumption, rebounding prices and a return to the days when unconventional wasn't a dirty word. 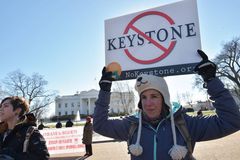 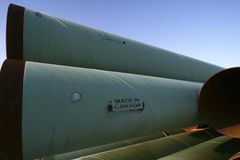 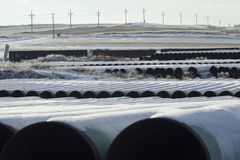