Jim Yong Kim, the Dartmouth College president who was named the next head of the World Bank on Monday, listed a half-dozen reasons why he should get the job when the institution's executive board interviewed him last week.

His "life's work" fighting disease in some of the world's poorest countries is impressive, as is his training as a physician and anthropologist. But Dr. Kim's success as the 12th president of the World Bank will depend on how well he executes his final boast:

"I was born in [South]Korea, raised in the United States, and I've worked on several continents," Dr. Kim said, according to a copy of his statement to the World Bank's board. "I will bring a global orientation to my leadership, helping to build a consensus to advance the mission of the World Bank."

He emigrated to Iowa with his family when he was five years old, played basketball and football in high school, delivered the valedictory speech at graduation, and went on to get an Ivy League education.

That's about as good as American success stories get. Yet to run the World Bank, the 52-year-old Dr. Kim felt he had to play down his American roots.

He will be the first non-Caucasian, and the first physician, to lead the Washington-based World Bank, which counts 187 countries as members. But Dr. Kim, the U.S. nominee, is only the latest American to lead the institution, benefiting from the Obama administration's refusal to relinquish the U.S. government's hammerlock on the position.

Resentment about the old way of doing things is rising. South African Finance Minister Pravin Gordhan, whose country nominated Nigerian Finance Minister Ngozi Okonjo-Iweala to lead the bank, said Monday that the selection process fell short of promises that it would open and merit-based.

A third nominee, former Colombian finance minister Jose Antonio Ocampo, withdrew from the competition on Friday, complaining that the selection process was being driven by politics rather than merit.

In the past, countries such as South Africa were dependent on the lender for aid. Now, big emerging markets can just as easily obtain financing from private credit markets – or other big emerging donors, such as China and Brazil, which doubled its annual international assistance spending to $362-million (U.S.) in 2009. China made loans in Latin America of about $37-billion in 2010 – more than the World Bank, the Inter-American Development Bank and the U.S. Export-Import Bank combined.

The World Bank's loans last year amounted to less than $60-billion. To remain relevant, it must keep those big emerging markets securely in the fold.

Dr. Kim knows this. He went on a "listening tour" to 10 countries ahead of Monday's decision, including Russia and Peru. "As president, I will seek a new alignment of the World Bank Group with a rapidly changing world," he said in a statement Monday.

Tours and promises will do little to dispel the notion that he got the job because of arm-twisting by the White House. As the largest shareholder, the United States is the only country with enough clout at the institution to block major decisions. Since the World Bank was created in 1944, the United States has used European backing to secure its choice to lead the bank, trading its support for a European head of the International Monetary Fund, the bank's more prominent sister institution.

"It's going to be something the follows [Dr. Kim]every time he walks down the hall," said Carlo Dade, a senior fellow at the University of Ottawa's School of International Development and Global Studies, who worked in the World Bank's Latin America department. "The old ways of doing business just aren't going to function in the new world."

Dr. Kim replaces Robert Zoellick, a former U.S. trade representative, who will step down at the end of June. For the first time, the bank's executive directors, including Canada's Marie-Lucie Morin, considered multiple nominees for the presidency. In a statement, the executive board said each candidate received support from "different member countries," suggesting directors failed to come to a consensus decision.

The World Bank didn't release the breakdown of the vote. Canada endorsed Dr. Kim within hours of the White House putting forward his name on March 23. Russia and Mexico were among his other non-U.S. backers.

Dr. Kim's nomination stirred up considerable controversy among the academics and researchers. Thirty-nine former World Bank officials signed a letter stating that Ms. Okonjo-Iweala, who served as Mr. Zoellick's No. 2, was the superior candidate. Mr. Dade said the World Bank is a highly political institution, and that its president should have experience "managing politicians," an attribute missing from Dr. Kim's résumé.

Editor's note: Brazil's annual international assistance spending has been corrected in the online version of this story. 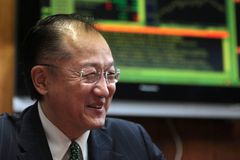 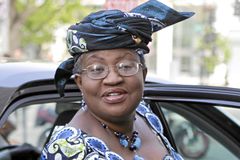