Adding to a career spent overseeing the evolution of content and technology, Kirstine Stewart is combining both as she takes the reins as president of a Toronto startup this week.

The long-time media executive began as a broadcaster – she was the first woman to become executive vice-president of CBC's English Services – working in a medium that traditionally sent content in one direction to consumers. She was a vice-president at Twitter, where content in many ways became a conversation. Now, as machine learning and voice-powered technology become more accessible than ever, she sees its next step.

"What is content today? It's everything people create," Ms. Stewart said in an interview on Tuesday, just hours after she announced she had joined the Toronto digital-strategy and development company TribalScale as its president and chief revenue officer.

There, Ms. Stewart will join a team of 130 technology workers to manage a portfolio of digital services and a venture studio, while taking advantage of her deep network of contacts to pitch the company's services more broadly. TribalScale co-founder Sheetal Jaitly will remain as chief executive officer and focus on global strategy, while the two will sell digital strategies and projects to companies in sectors including media, transportation and financial services.

"I think our Rolodexes, combined, are pretty stellar," Mr. Jaitly told The Globe and Mail. "There's not many boardrooms that we are not invited into."

TribalScale has developed mobile apps for media companies such as ABC News and has developed "skills" for Amazon's Alexa Voice Service on behalf of clients such as CBC and the PGA Tour.

The company launched in late 2015 and operates across five cities in several countries, Mr. Jaitly said; he expects the number of staff to grow to 300 by year's end and for revenue to rise with it. "Our first year, we did $6-million in bookings," he said. "Last year, $16-million. This year, we're projecting $32-million."

"As I've moved from the media space to technology, I've seen varying degrees of success with how legacy businesses or very large businesses, that aren't normally in the technology field, approach innovation – and how they've either succeeded or failed based on what kind of resources they can put toward it," she said.

Ms. Stewart was a senior vice-president at Alliance Atlantis and CBC's general manager for television before being tapped to head the public broadcaster's English division. She left in 2013 to become the founding head of Twitter Canada, soon being promoted to head its North American media business.

Ms. Stewart joined the social-focused publisher Diply as chief strategy officer in 2016, but transitioned into a lower-key advisory role this past fall and began to mull her next move. Her thoughts drifted to startups. After sitting next to Mr. Jaitly – a familiar face from her Twitter days – at a dinner before the holidays, she says the two sparked a conversation that turned into her new TribalScale role.

The CEO hopes Ms. Stewart's hiring will not just help break up a self-admitted boys club in the company, but encourage more women to enter the technology sector.

"We're cognizant of the fact that we started this organization with a bunch of guys, but we've done a great job of actually bringing women leaders into leadership positions here," Mr. Jaitly said. "We truly believe that moving forward, it's going to be something that not only attracts the right talent, but it brings different perspectives around the table that'll help us win. 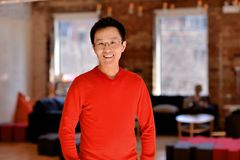 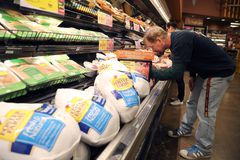