A company based in London, Ont., that quietly feeds Web users' vast appetite for clickbait, listicles and how-to explainers has sent a loud signal about its ambition to grow up by hiring Kirstine Stewart, one of Canada's most recognizable media executives.

Ms. Stewart is joining Diply, a creator and aggregator of easily digestible online diversions that claims it draws a billion monthly views, nipping at the heels of household names like BuzzFeed despite flying mostly below the radar.

In late July, Ms. Stewart became a free agent when she left her vice-president's role at Twitter Inc. – one of several executives to depart the social network of late. With a résumé that includes senior roles in traditional and new media, including at the CBC and Alliance Atlantis, she said she fielded calls from TV networks and offers from rival social platforms. But she settled on Diply, attracted by the challenge of a company that is still in "a formative stage."

Diply's mission is enshrined in the name of its parent company: GoViral Inc. In 2013, co-founders Taylor Ablitt, then a young financial analyst, and student Dean Elkholy saw a chance to tap social media's power to attract huge numbers of eyeballs. Three years and hundreds of millions of readers later, the company is unabashedly devoted to entertaining its audience with bite-size, catchy content.

But it is also determined to develop "the next mature version of that kind of content," Ms. Stewart said, mostly in video form, and to link its huge audience to established brands.

"It's going to be all about what carries on the platform and what makes people connect and want more," she said in an interview. "There is a certain benefit to kind of turning up the engagement level by turning up the quality."

Yet in the hypercompetitive business of chasing low-cost traffic, where social media likes can be purchased as easily as display advertising, definitions of quality can vary.

Diply has been busy building niches such as food and fashion. Among its 150 staff members are 40 writers and 25 video production staff cranking out content with headlines such as such as, "The Latest Trend For Fall 2016 Is Hidden Rainbow Hair" and "Learn How To Make The ULTIMATE Grilled Cheese Sandwich."

Diply says it has 34 million unique monthly visitors in the United States alone, but more than 80 per cent of its traffic comes through Facebook. After the dominant social network changed its news feed to prioritize video, Diply also shifted gears, and now creates about 125 videos each month that it says garner 500 million monthly views worldwide. Facebook then cracked down on clickbait headlines, and Diply made its captions more descriptive to avoid being penalized.

"It's as much of a science as it is an art in our world," Mr. Ablitt said in an interview. "We saw an initial dip [in traffic], but we have recovered."

For some time, Diply has been chasing BuzzFeed for online traffic supremacy in the "entertainment" sphere, but Mr. Ablitt is clear that "you'll never see us go after the news category" the way BuzzFeed did by hiring scores of reporters.

"We love that unapologetically fun content that people can take five minutes out of their day and feel like they've been informed, or give them a laugh," he said. "You look at a lot of the traditional media out there and, in my opinion anyway, it's a bit depressing. It's talking about issues that don't give people that excitement."

Diply's ability to adapt quickly to the changing whims of social media is one major reason it has survived and thrived in an online space with high failure rates. But to have a chance at enduring, the company needs to build a brand that stands out and diversify its revenue sources.

"If your goal is to be around for the long term, the landscape can change very quickly," said Brandon Silverman, chief executive officer of social analytics firm CrowdTangle, which has worked with Diply. "You could go out and get a ton of clicks or views tomorrow on something that might not align with your brand or the exact audience you're trying to serve."

In January, the company arranged its first outside funding – other than a small early loan from Mr. Ablitt's father – from BDC Capital. It then hired a president, Dan Lagani, a chief technology officer, Gurminder Kandola, and opened offices in New York and Toronto.

Ms. Stewart landed in the company's sights because she has "a great eye for bringing partnerships and content together," Mr. Ablitt said, and can help Diply branch out beyond existing agreements with companies like MSG Entertainment, owner of New York's Madison Square Garden, and fantasy sports provider DraftKings.

"I've always been someone who wants to give people what they want, when they want," she said. "The brands fit in that either up front or at the end, but it's always about the audience."

Kirstine Stewart to exit Twitter; no details ‘at this time’: spokesman
July 22, 2016 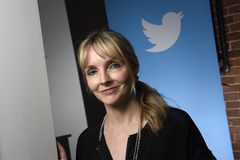 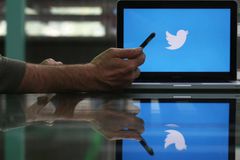