With the maiden flight of the C Series, Bombardier Inc. has officially ascended into commercial airspace ferociously guarded by industry giants Airbus SAS and Boeing Co.

About 2,700 employees and 300 Bombardier guests cheered loudly as the plane took off from a Mirabel runway for a two-and-a-half-hour flight over the Lower Laurentians. It ascended to 12,500 feet and reached a speed of 230 knots (425 kph). "Everything went very well," said Bombardier chief test pilot Chuck Ellis, though one aircraft subsystem he didn't identify sent out an advisory message he described as "minor."

Bombardier, however, said the cost of the C Series has climbed by $500 million, highlighting the risks of the program. Still, the C Series's first flight is a milestone for Bombardier that has been a decade in the making. While Canada has produced a number of regional jets in the past, the country has never designed and built a commercial airliner on this scale, a plane with an extended range that seats over 100 passengers.

"This is a new chapter in our history," said Pierre Beaudoin, president and CEO of Bombardier, shortly before the first prototype took off.

Bombardier clients, entertained in the Charlevoix region over the weekend and bused to the Mirabel plant, were impressed. "If you were looking the other way when it took off, you would have missed it: It was that quiet," said Robert Deluce, president and CEO of Porter Airlines, who wants the airline to fly the C Series at Toronto's Billy Bishop airport, though it's unclear if the city will approve it.

"It is a great feeling to see something you have worked on move from paper to reality," said Nico Buchholz, executive vice-president, fleet management, at Lufthansa, the first airline to order the C Series, for its Swiss International affiliate.

Proving that the C Series can fly is one thing. Selling the aircraft, producing it on budget and delivering it on time is another matter, and risks abound.

Extensive flight testing is required to prove the C Series can deliver on advertised advantages, and help win firm orders. Bombardier says the single-aisle plane will burn 20 per cent less fuel and will cost 15 per cent less to operate than competing planes.

Bombardier so far has 177 C Series on firm order, which analysts view as a slow start, but expects to have sold 300 airliners by the time the plane enters into service. David Tyerman, managing director, transportation and industrial products, at Canaccord Genuity, expects orders will trickle in over the coming months as the flight test data substantiates Bombardier's claims on operational performance.

Bombardier commercial president Mike Arcamone said the cost of the C Series has reached $3.9 billion (U.S.) - $500 million more than planned. "Our target has always been to stay below $4-billion," he said. Later, a Bombardier official acknowledged that $3.9 billion was the most up-to-date figure, but said the hike is explained by a change in accounting rules, not by unforeseen expenses.

The timing of the plane's entry into service is also uncertain. Bombardier thinks it will be able to deliver its first C Series after it completes 2,400 hours of flight tests over 12 months. "It is an aggressive flight testing program," acknowledged Guy Hachey, president of Bombardier Aerospace.

"Given they missed a number of deadlines, we think it is inevitable that testing will take longer," said Cameron Doerksen, analyst at National Bank Financial. He and most analysts believe that the first delivery of the plane will slip into 2015. Even Mr. Beaudoin appeared to agree when he let drop that the testing program would last "a year and a half."

But as Bombardier encroaches on the lower end of Airbus's and Boeing's domain, the two aerospace giants are not watching idly. They upgraded their legacy airframes with new fuel-efficient engines. The A320Neo and the 737Max upgraded families are scheduled to arrive later in the decade.

Both Airbus and Boeing are also using their financial might to discount the sales of their planes and to undercut Bombardier. "For the C Series, that's the biggest threat," said Mr. Doerksen.

Bombardier predicts that sales of the C Series will almost double its aerospace turnover within five years with an additional $5-billion to $8-billion in revenue, annually. Bombardier estimates airlines will buy 6,900 planes with a 100- to 150-seating capacity over the next 20 years, and its hopes to capture half of that market.

Currently, 3,000 Bombardier employees work on the C Series, 2,000 of them in the Montreal area. When production of the airliner reaches full throttle, the C Series will provide work for 3,500 employees at Bombardier's plants in Mirabel, St-Laurent and Dorval. 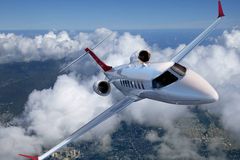 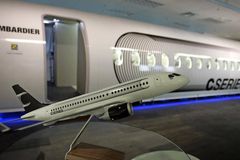