Linamar Corp., Canada's second-largest auto-parts maker, will create 1,500 jobs and open a new innovation and research centre in an investment backed by about $100-million in funding from the federal and Ontario governments.

The creation by Linamar of 1,500 jobs over the next 10 years will be announced Monday in Guelph, Ont., where Linamar is based and already operates a research and development centre and factories throughout the city that manufacture engine and transmission parts and industrial equipment and employ several thousand people.

The Linamar plans dispel some of the uncertainty about whether Canadian companies in the auto sector will continue to make investments in Canada amid doubts about the future of the North American free-trade agreement. U.S. President Donald Trump has threatened several times that the United States will pull out of NAFTA and U.S. negotiators have put automotive proposals on the table that Canada and Mexico have rejected outright.

In addition to its large manufacturing footprint in Canada, Linamar has operations in Kentucky, North Carolina and Mexico, so it could be affected by major changes to the automotive provisions of NAFTA.

In these kinds of projects, the two governments typically contribute a combined 20 per cent of what companies are putting up, so the Linamar investment is expected to be about $500-million.

"Innovation is the single most important thing we can do in terms of product design, process design and material development to solve global problems," Linamar chief executive officer Linda Hasenfratz said in a statement. "To have our government support us in that endeavour is fantastic, further cementing the fact that Canada is a great place for advanced manufacturing to thrive."

The government financing will support such advanced manufacturing initiatives as 3-D printing and artificial intelligence as well as the development of cleaner auto technologies.

"This investment will create and maintain middle-class jobs in southern Ontario and drive economic growth in the area," Navdeep Bains, federal Minister of Innovation, Scence and Economic Development said. "Investing in these projects also means that Canadian manufacturers can remain globally competitive and leaders in technological advancements."

Ontario Minister of Economic Development and Growth Brad Duguid said: "This is a huge vote of confidence in Ontario and Canada's auto sector given the uncertainties of NAFTA."

The Linamar investment takes the total invested in the auto sector by car companies and major parts makers to more than $3-billion since the fall of 2016, Mr. Duguid said.

Ms. Hasenfratz is positioning Linamar to benefit from the growth of new engine technologies such as hybrids and battery electric vehicles.

"What excites me about this is that a lot of this is next-generation transmission, drive train and engine components and looking ahead to electric and connected vehicles," Mr. Duguid said.

Artificial intelligence, vehicle lightweighting and robotics are where Ontario's strengths need to be in the new economy, he said in an interview.

But Ms. Hasenfratz is also diversifying the company founded by her father Frank Hasenfratz in Guelph in 1966.

Linamar announced in December that it will purchase the MacDon group of companies, a Winnipeg-based manufacturer of agricultural equipment.

The company employs about 26,000 people and is the second-largest auto maker in Canada measured by revenue. 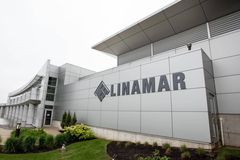 Linamar to buy MacDon in quest for diverse markets
December 14, 2017 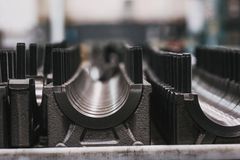