A pair of lobbyists with Toronto-based government relations firm Pathway Group have departed the company suddenly amid concerns over their involvement with CEN Biotech, a medical marijuana company that is under investigation by the Ontario Securities Commission.

Kelly Mitchell and Justin Ferguson, who worked as lobbyists in federal and provincial government circles, and previously worked in government, are no longer with the company, Pathway Group told its staff on Thursday. The firm also issued a public statement on the matter.

The announcement comes after documents emerged that show Mr. Mitchell and Mr. Ferguson had been working with people associated with CEN Biotech dating back to last summer, without the knowledge of Pathway Group. The firm took on CEN Biotech as a client in December, providing government relations and public affairs advice to the company after CEN became embroiled in controversy surrounding questionable conduct in the stock market.

CEN Biotech, which sought to open the world's largest medical marijuana facility in Ontario, issued a series of misleading or false statements, which helped inflate the price of its stockby a significant amount. The company rose to be worth more than $350-million (U.S.) amid these claims. Meanwhile, its chief executive officer, Bill Chaaban, sold more than 71 million shares for millions of dollars in gains.

When senior officials at Pathway Group discovered in January that CEN Biotech had fabricated the identity of an employee in a news release the company issued on its own – in an attempt to discredit criticisms the company was facing – Pathway Group immediately severed ties with CEN Biotech. "We thrive with clients who are open and transparent with us," Pathway Group partner Jeff Bangs said at that time. "But as professionals, we do not condone fabricating an employee for the sole purpose of polishing a client's reputation when they're under scrutiny."That incident forced Pathway Group to further probe the company's relationship with CEN Biotech. It then discovered that Mr. Mitchell and Mr. Ferguson had a contract related to CEN dating back to last summer that Pathway Group did not know about.

A contract emerged that showed Mr. Mitchell had agreed to a deal with Jim Shaban, owner of CEN's land, to find buyers for the company's property and to "gain media exposure, which helps the capital markets understand who you are." Shareholders in CEN Biotech's parent company were never informed of the plans.

Health Canada has since rejected CEN's bid to become a licensed medical marijuana producer in Canada due to concerns about the company's conduct.

Mr. Mitchell and Mr. Ferguson did not respond to questions from The Globe.

In addition to the contract, a document crafted by the lobbyists and sent to government officials in Ottawa is now under scrutiny by Pathway Group. In January, Mr. Mitchell and Mr. Ferguson advised Mr. Chaaban on a 29-page letter that was sent to Health Minister Rona Ambrose's office, the Prime Minister's office, Health Canada staff and opposition MPs.

The 29-page letter, designed to discredit reports in The Globe and Mail about CEN Biotech, contained numerous provable factual errors­­-- including claims that Mr. Chaaban later acknowledged were wrong in a subsequent letter to The Globe. The sending of that 29-page letter has raised questions about lobbying rules, since CEN was never registered as a lobbyist, nor were Mr. Mitchell or Mr. Ferguson registered as lobbyists for CEN. Though Mr. Chaaban sent the letter to politicians from his personal e-mail address, the lobbyists helped devise its contents and guide where it was sent.

Under federal rules, lobbyists and companies are required to register their formal communication with government officials by filing with the Office of the Commissioner of Lobbying of Canada. No such communications were reported around the time CEN was contacting officials directly.

Mr. Mitchell and Mr. Ferguson did not respond to questions about the letter, nor whether it was checked for accuracy before it was widely distributed.

Before becoming a lobbyist, Mr. Mitchell served as chief of staff to Ontario's minister of Natural Resources from 1998 to 2000. Prior to Joining Pathway, Mr. Ferguson worked in government affairs, including roles with the Ontario government in MPP Lisa MacLeod's office.

Mr. Mitchell sent a letter to Pathway Group this week saying he was resigning. "I have decided that it is the right time to move on to another career." In announcing their sudden departures, Pathway Group took steps to distance itself from the former employees, but would not comment on the circumstances. "We wish Kelly and Justin well in their future endeavours," the statement said.

CEN Biotech land owner was in talks to sell property while licence sought
May 6, 2015 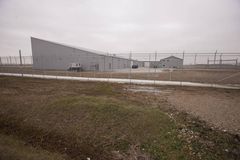 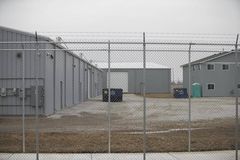