Loblaw Cos. Ltd. is moving to bolster safety audits of its Joe Fresh clothing factories in Bangladesh.

Loblaw spokeswoman Julija Hunter said Thursday the retailer has "robust" supplier standards designed to ensure a safe and socially responsible work environment, but its audits – which are comparable to others in the industry – fail to address the issue of building construction or integrity.

"Loblaw is committed to finding solutions to this situation by expanding the scope of our requirements to ensure the physical safety of workers producing our products," Ms. Hunter said.

The disaster highlights the pressures retailers and their suppliers face in lowering costs to respond to Western customers' demand for cheap fashions.

It also underlines the weak oversight that some Western retailers have of the condition of their overseas suppliers' factories. Middlemen that retailers use to purchase or handle the items will sometimes see audits long before the corporate buyer and by then it can be too late.

"It could end up going through a couple of other channels before they get it," said Avedis Seferian, chief executive officer of Worldwide Responsible Accredited Production, a non-profit organization based in Virginia that conducts factory audits and certifications in Bangladesh and elsewhere. "Most buyers will see the audit reports at some point; it's often just a question of whether they get it directly or not."

In March, 2012, an audit that WRAP conducted in one of the factories in the collapsed building reported that the clothing-maker failed to comply with its 12 principles, including health and safety concerns such as blocked aisles, he said. As a result, WRAP didn't renew the certification of New Wave Style Ltd., when it expired last October. WRAP checks for social compliance but not strictly building construction or engineering issues.

"As Bangladesh's garment industry has grown into one of the largest in the world, so too have the challenges of establishing ethical working standards there," WRAP said in a statement on Wednesday.

Ms. Hunter said Joe Fresh wants to improve its auditing initiatives and "find a solution that helps stop these incidents from happening."

The retailer is reaching out to industry groups such as the Retail Council of Canada, other retailers and governments, "in an effort to establish a collective to undertake a review and address Bangladesh's approach to factory standards," she said.

"We don't have all the answers today," she added. "But we are committed to taking the necessary steps to drive change, and find better solutions to ensure safe working conditions for production facilities with which we do business."

Amid the shortfalls, at least one long-time shareholder of George Weston Ltd., the parent of Loblaw, said she would have second thoughts about saving money by buying cheap chic garments from retailers such as Joe Fresh or lines from U.S. discounter Target Corp. in light of the latest tragedy.

Weston investor Susan Cumings wrote a letter to the parent company on Thursday voicing her concerns about Loblaw's involvement in the factory in Bangladesh.

"I understand your desire to protect your bottom line by purchasing goods produced less expensively in other countries," she wrote. "This does not and cannot, however, excuse your responsibility for the lives with which you interact when you make those purchases."

Ms. Hunter said the company continues to express its condolences to those affected by the tragedy in Bangladesh. It will support local authorities in the rescue and care of affected families.

Joe Mimran, the high-profile designer behind the Joe Fresh line, which is named after him, stayed mum on the situation on Thursday, referring questions to Ms. Hunter.

5 ways consumers can be more socially conscious when they shop
May 11, 2018 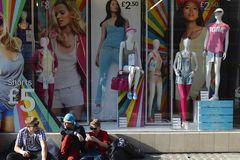 Hope fades for trapped workers in Bangladesh factory
May 11, 2018 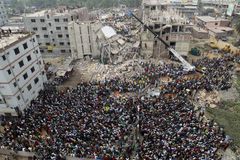 To buy or not to buy: Tell us about the importance of 'ethically made' clothing
June 19, 2017
Canada's Joe Fresh among brands made in collapsed Bangladesh building
May 11, 2018 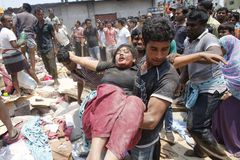