Loblaw says court documents regarding an alleged industry-wide bread price-fixing scheme won't be released Thursday after an unidentified individual filed an application against releasing them.

The information to obtain, which outlines why the Competition Bureau wanted search warrants in the case against at least seven companies, including Canada's three major grocers, has been sealed for 30 days and was scheduled to be released Thursday morning.

Loblaw says an application was filed on behalf of an unknown individual named in the documents to have their name redacted from the version that will eventually be made public.

Spokesman Kevin Groh says the company's lawyers have notified them that the documents will remain sealed for the time being, and that Loblaw respects the process, but looks forward to the information being made public.

He says the next step will be an appearance on Friday, Jan. 26 to set a date for the court to hear the application.

Loblaw announced in December that it discovered its participation in an arrangement to fix the price of some bread products over roughly 14 years and brought the information to the Competition Bureau, resulting in immunity from criminal proceedings.

Some of its competitors, including Metro and Sobeys, have denied any wrongdoing and have expressed concern over what they say is Loblaw misleading the public and making other retailers appear guilty. 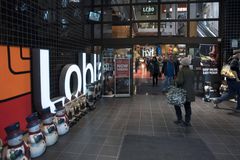 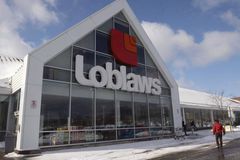 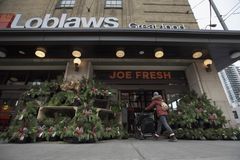