Galen G. Weston was peppered with questions about everything from empty store shelves to high prices a day after Loblaw Cos. Ltd. reported a 22-per-cent drop in its quarterly profit.

Mr. Weston remained unflappable as he responded to about 10 shareholders' queries at the annual meeting on Thursday, after acknowledging that the most recent financial results are "clearly ... not a good set of numbers."

But the executive chairman defended the heavy investments the company has made to ensure that shelves aren't missing products, as was often the case by 2006, when he stepped in to head the company after a failed overhaul.

Loblaw has poured hundreds of millions of dollars into upgrading its information technology and supply chain systems to better track consumer demand and keep shelves stocked; one analyst calculated the total expense could be $2.5-billion to $2.6-billion by the end of 2013.

But as the company moves into a critical stage of its systems upgrade, it faces burgeoning pressures in the competitive landscape. Discount giant Wal-Mart Canada Corp. is rapidly expanding its grocery aisles – stealing business from Loblaw and other grocers – while U.S. archrival Target Corp. will open its stores here starting in 2013.

And, despite the recent upgrades, a shareholder at the meeting complained that he still finds empty shelves in Toronto stores.

"Just the other day, someone sent a picture of a wet case [produce stand]that was completely bare," Mr. Weston added. "These are operating issues that need to be resolved and we continue to try to do that."

Not all of Loblaw's problems are tied to its tech systems, however. Indeed, the bare lettuce shelf Mr. Weston referred to had been the result of employees removing produce after a refrigeration unit broke down – not a malfunctioning supply chain, spokeswoman Julija Hunter said later.

Still, Loblaw urgently needs to sharpen its systems so it can improve its merchandising choices and promotions, said Peter Sklar, retail analyst at BMO Nesbitt Burns.

The new systems won't be fully functional until the beginning of 2014, which is a long time to wait, given the competition, he said. By then, Loblaw's technology and supply chain expense could come to as much as $2.6-billion, he estimated. In the meantime, Wal-Mart is wresting share from Loblaw, he said.

And this year, Loblaw is spending $40-million to lower prices and add staff to key sections, such as fresh food aisles, to improve customers' shopping experience. So far, customer feedback has been positive, said Vicente Trius, Loblaw president.

Two shareholders complained at the meeting that employees' new flexible hours, which the union agreed to in recent Ontario contracts, require workers to work shifts on weekends and nights, even if it has meant having to skip church on Sunday. And shifts can be cancelled with little notice.

Mr. Weston said the company is trying to strike a balance between its need to stay open Sundays and nights to compete against non-union giants, including Wal-Mart, and its need to respond to employees' personal requirements. He wants to find a fair solution to the problem, for the sake of Loblaw and its employees.

"It's not going to be about getting your Sundays off because that is ancient history, as far as the retail industry is concerned," he said. With eye on new Canadians, Wal-Mart caters to a diverse palate
April 16, 2012 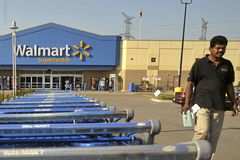 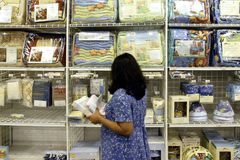 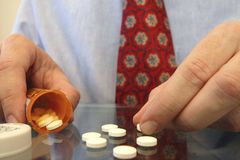