In the fierce home improvement retail battle, Lowe's Canada is gunning to become the top choice of shoppers following its newly minted takeover of Rona Inc.

On the heels of its $3.2-billion acquisition, which closed on Friday, U.S. parent Lowe's Cos. Inc. now has just over $6-billion of annual sales in this country, about $1-billion less than top player Home Depot Canada.

"We believe we can become the No. 1 choice for home improvement retail in Canada," Sylvain Prud'homme, chief executive officer of Lowe's Canada, said in an interview on Tuesday.

Lowe's of Mooresville, N.C., which launched its first stores in Canada in 2007, had only 43 big-box outlets compared with 496 Rona stores under different banners and in different sizes. But neither Lowe's nor Rona was as familiar a name in Canada as the No. 3 player, Home Hardware, industry observers say.

Now, as Lowe's Canada takes over the larger Rona, it is wagering it can finally bolster its brand awareness along with its business.

Michael McLarney, president of industry publication Hardlines, said Home Hardware has enjoyed stronger consumer awareness than either Lowe's or Rona, partly because of the catchy Home Hardware advertising slogans over the years.

"Home Depot may have the biggest sales but Home Hardware still has the biggest brand awareness," said Mr. McLarney, who is also managing director for Canada of the North American Retail Hardware Association.

Home Hardware, whose ad tagline is "Home Owners helping homeowners" and previously "home of the handyman," emerges as a top name among retail brands in Canada in ranking studies, he said.

Lowe's is acquiring in Rona an array of different banners, including Rona and Réno-Dépôt. Mr. Prud'homme insisted Lowe's will keep its various chains with no plans to consolidate them, although some observers have suggested the retailer may consider dropping some of them eventually.

Home Depot Canada, which declined to comment, disclosed recently its annual sales are just over $7-billion, while Lowe's-Rona has combined sales of more than $6-billion; Home Hardware has an estimated $5.5-billion-plus in annual sales while those of Canadian Tire Corp. Ltd.'s hardware and home improvement business also are estimated to be about $5.5-billion, Mr. McLarney said.

Mr. Prud'homme said Lowe's Canada wants to become the country's top choice in home improvement by sharpening the merchandise and customer segment focus of each of its current chains to take on rivals more aggressively.

Already, Lowe's Canada has tightened its focus on the type of customer it caters to, helping it achieve double-digit sales growth in each of the past three years, he said. "There's no reason for us not to be able to achieve this with the new network. There are tons of opportunities to speed up that growth."

Mr. Prud'homme said Lowe's Canada has "a lot of advantages" over Home Depot, which has superstores while Lowe's has both large and smaller outlets at a time when consumers are showing some preference to the latter.

"I believe if we do a good job defining the role and value proposition of every one of these formats and banners, we'll be able to attack the market, or grow our business, with multiple customer segments." Adding appliances to Rona and bolstering its e-commerce will also help the retailer, he said.

He said initially Lowe's Canada will focus on internal growth rather than acquisitions. "But we'll always keep our eyes open to any opportunity that would allow us to grow and better serve our customers."

Mr. Prud'homme said he and his wife are moving to Boucherville, Que., where Lowe's Canada's head office is relocating from Toronto, although it will still keep an office there. 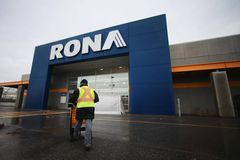 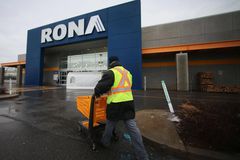