Magna International Inc. has made a strategic deal that allows it to play a key role in the disruption of the auto industry, signing an agreement with ride-sharing service Lyft Inc. to develop self-driving technology.

The Canadian auto parts giant will invest US$200-million in equity in Lyft, which was founded in June, 2012, and began operating its service in Toronto earlier this year.

The companies have signed a multiyear collaboration deal to jointly develop, finance and manufacture self-driving systems.

The deal permits Magna to sell the technology to other customers "to benefit the entire global mobility ecosystem," the firms said in a joint news release issued on Wednesday.

Ride sharing and self-driving cars are two of the trends that are beginning to disrupt the traditional model that has dominated the auto industry for more than a century – namely, that auto makers build vehicles that are bought for the most part by individuals and controlled entirely by a human driver.

Magna, which makes cameras, radar systems and other driver-assistance components, forecasts that the market for such technologies will be worth between US$80-billion and US$95-billion by 2030.

Logan Green, Lyft's co-founder and chief executive officer, said ride-sharing represents just 0.5 per cent of all kilometres travelled, but the company sees its mission as increasing that to more than 80 per cent during the next 20 years.

"We are going to move the industry from one based on ownership to one based on subscription," Mr. Green said.

A subscription service for vehicle use could help change the landscape by charging a subscriber US$200 a month for 1,600 kilometres of travel, he added.

He added that Americans spend US$2-trillion annually operating and owning vehicles, more than they spend on food.

The companies would not say when they expect the first vehicle to hit the road using the technology they develop, but said it is expected to be ready for the market during the next few years "and can be deployed across the industry through Magna."

The system will be developed at Lyft's self-driving engineering centre in Palo Alto, Calif.

"This partnership could have a meaningful and tangible impact on the new mobility landscape," Mr. Kotagiri said. 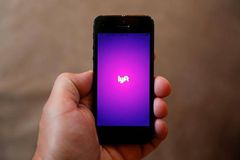 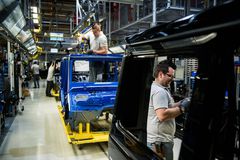