Magna International Inc., one of a handful of Canada's global champions, is putting the brakes on building new plants in Canada as it takes advantage of better opportunities abroad where vehicle production is growing.

The auto parts giant is competitive in Canada, invests about $150-million (U.S.) annually in its existing plants here and has benefited from the recent drop in the value of the Canadian dollar, Mr. Walker noted.

He is worried, however, about the level of vehicle production in Canada, rising electricity costs in Ontario and high transportation costs.

While Magna is growing in key vehicle markets around the world, posting solid profits and has upgraded its 2014 outlook, Mr. Walker's comments underline the threats to Canada's decades-long position as a major producer and exporter of automobiles and parts.

Vehicle production fell in Canada last year while output in Mexico and the United States rose. And Canada's share of new investment by the world's auto makers has dropped to minimal levels since the 2008-2009 recession.

Magna is the biggest employer in the auto sector in Canada, with about 19,000 employees at 46 plants, and its head office in Aurora, Ont.

Among its biggest factories in the province are plants in St. Thomas, Ont., and Milton, Ont., that stamp metal components, a plant in Windsor, Ont., that makes seats for Chrysler Group LLC minivans and dozens of plants in York Region, north of Toronto.

"It's already difficult to compete in Canada although we seem to be successful," Mr. Walker told reporters after the meeting. "A lot of other companies are not successful. We also don't need any more burden on our costs in Ontario compared to other jurisdictions."

One potential added cost is a new Ontario pension plan proposed in the province's Liberal government budget last week. It is now a central plank of the Liberal party in the current election campaign.

Such a plan would cost Magna $1,900 (Canadian) per employee, chief financial officer Vince Galifi told reporters. If the plan were applied to all Magna employees in Ontario the cost would amount to $36-million annually.

Nonetheless, Mr. Walker said he believes both the federal and provincial governments should offer incentives to auto makers to retain assembly plants in Canada. A study done for the Canadian Automotive Partnership Council, an industry body that advises the governments, showed a $200-million investment that led to production of 200,000 vehicles a year for eight years would be repaid in three years. Such an investment would generate an additional $444-million in revenue for governments over the next five years.

"I would look at that as an investment with a return," Mr. Walker said.

The auto growth markets in recent years have been the BRIC countries, Brazil, Russia, India and China, but among those four, Magna is focusing almost exclusively on China for now.

"We're not putting a lot of new capital into Brazil or India or, for obvious reasons, Russia," Mr. Walker told analysts on a conference call on Magna's first-quarter financial results.

Inflation, currency issues and some government policies make it difficult to make a profit in Brazil, he said, while India also faces currency issues as well as political and macroeconomic challenges.

The company is forecasting that sales in China will double to about $2.3-billion by 2016. 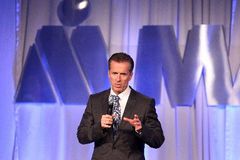 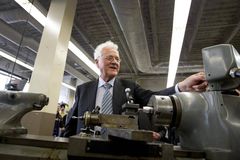