Global producers of items ranging from tires to electronic goods to apparel say they need to charge retailers more in Canada than in the United States to cover higher shipping, taxes and other costs – and that helps to drive up store prices here.

On Tuesday, Ottawa vowed to take on so-called "country pricing" – the practice of manufacturers charging merchants steeper prices in Canada than in the United States for identical products. The federal budget set out plans for a new "framework" to enable the competition watchdog to pursue companies that "use their market power to charge higher prices in Canada that are not reflective of legitimate higher costs."

But manufacturers shot back on Wednesday, saying they have higher expenses in Canada, while some questioned how the federal government will police legislation that tries to do away with the pricing gap.

"Sony prices in Canada are based on the costs that Sony incurs in Canada," Sony Corp. spokeswoman Christina Stefanski said, declining to disclose the price disparities. "There are different costs associated with goods sold in Canada, like brokerage, shipping, and safety approval fees, which are reflected in the different pricing structures between the two countries."

Country pricing affects the cost of a wide array of consumer goods, from cars to tires to shoes. Canadian retailers have complained that suppliers often charge them 10 to 50 per cent more as a result of these deals, leaving them unable to sell at lower the prices offered in the United States.

The budget cited independent studies to back up its contention that Canadians were paying anywhere from 10 to 25 per cent more than Americans for most goods in 2011 – even after adjusting for the exchange rate and higher Canadian sales taxes.

"Canadians work hard and should not be gouged with higher prices simply because of where they live," said the budget document tabled by Finance Minister Jim Flaherty.

"Our pricing is influenced by many factors, including costs of materials, manufacturing and the selling of products," Nike spokeswoman Claire Rankine said. "The cost of selling products varies by country, including distribution costs and regulations such as duties. We provide retailers with a suggested retail price and they decide the final price."

At Michelin Canada, tire prices are "based on industry norms here in the country," spokeswoman Deborah Carty said. "Many prevalent factors, which are beyond our control, influence those norms. They include local market conditions and the other costs such as duties, taxes, wages, logistics and transportation. The cost structures in Canada are different than in the U.S. and that reflects in the tire prices."

Canadian and U.S. car tire prices represent one of the biggest price gaps between the two markets. The Tire Dealers Association of Canada has been lobbying tire makers to drop Canadian country pricing, saying many U.S. tire makers use their supplier contracts to force Canadian retailers to buy tires directly from Canadian affiliates, rather than through U.S. wholesale channels, where prices are cheaper.

The federal budget refers to "corporate agreements" that thwart Canadian retailers that wish to buy directly from U.S. distributors.

Diane Brisebois, president of the Retail Council of Canada, said retailers can put pressure on international producers to "sharpen their pencils" by "parallel importing" -- essentially bringing in suppliers' products from the U.S. at a lower cost, even without the producers' blessing.

She said amendments to competition and copyright legislation could open the way to parallel imports, "leading to lower prices for Canadian retailers and consumers alike."

He said companies have different prices in different markets, tied to varying distribution and operating costs, but also to demand amid less competition in Canada than in the U.S. "They say, 'It's more highly valued here, there's less competition, it puts up the price.' " 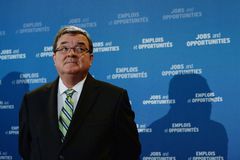 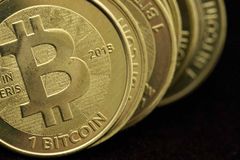