Canada's largest life insurer is looking to wearable fitness trackers, data collection and an enticing rewards program to boost sluggish sales and connect with customers in a radical new way.

Manulife Financial Corp.'s U.S. business is offering rate reductions and incentives to customers who demonstrate they're focused on health – from annual checkups and flu shots to frequent gym visits. The insurer's Indonesian business adopted medical insurance discounts for customers tracking their physical activity levels. And a Canadian launch may not be far behind.

The U.S. program, run by Manulife subsidiary John Hancock Financial Services, gives customers points not only for working out, but also for maintaining good levels of blood glucose, cholesterol and blood pressure, and for eschewing tobacco.

Other health efforts such as mammograms, colonoscopies and dental screenings also add up.

The customer is ranked bronze, silver, gold or platinum and can earn a 5-per-cent to 15-per-cent discount on his or her premium the following year.

This new effort to lure consumers comes at a time when insurance companies are not only digging for new policyholders in a mature market, but also building larger wealth- and asset-management divisions that compete with financial institutions such as banks. Lenders benefit from their more frequent contact with customers.

Now Manulife wants to change its relationship with customers by connecting with them more frequently and building more positive associations with its brand. So, when customers hit a new health goal, or earn a discount on a hotel or cruise, they'll think of their insurer.

"You could look at the historical insurance relationship being we sell somebody a product and then we show up to pay the death claim. … There's not much of a relationship in between," said Donald Guloien, chief executive officer of Manulife. "This will provide frequent interactions for us to be giving messages to clients and getting feedback from them as to what they're up to."

Manulife will collect new data that could change the way policies are underwritten. Not only do customers offer up more medical test results and information, but each new applicant gets a free Fitbit activity tracking bracelet for signing up, or they can use another device such as the new Apple Watch. Mr. Guloien wears a Fitbit Surge, and likes that his daughter challenges him to take more steps each day.

This new insurance program has been organized in partnership with Vitality Group, which already offers health rewards programs to companies and has had success partnering with insurers in countries such as its home market of South Africa.

Manulife thinks the message of improving heath will have wide appeal and boost insurance sales at a critical moment.

"The U.S. life insurance market, similar to the Canadian one, has been pretty slow to flat growth over several years," said Mike Doughty, president of Boston-based John Hancock Insurance.

The Vitality partnership program should offer a boost in sales by next year, he said.

Barclays analyst John Aiken said the scheme holds promise, though he noted Vitality has so far seen "only limited success" outside of South Africa.

"Vitality's proposition to clients has not only the potential to revitalize Hancock's sales of individual insurance products, it could also represent a disruptive product in a largely moribund industry," Mr. Aiken said in a research note.

"With few other products allowing policyholders to proactively reduce ongoing premiums, we can see this unique product gaining significant traction," he added later in the report.

Other insurance providers have also looked to technology for competitive advantages and consumer appeal. In recent years, some automotive insurers have introduced wireless devices that monitor a driver's behaviour, a system called telematics. Research shows customers drive better when they know they're being watched, and the data are changing the way insurers underwrite risk on cars and trucks.

And all this is to say nothing of banks and tech companies betting on mobile payments and apps to keep up with consumers' changing tastes.

These efforts to reach consumers digitally gave rise to concerns over data security and breeches, but Mr. Guloien said the program has been designed as an a-la-carte system where users are never forced to provide data and there's no penalty for dropping out, beyond losing out on discounts. Nobody is forced to join.

Like telematics, Manulife's new policies will attract customers who believe they behave well – in this case, that they are healthy. This improves the insurer's risk pool, over all. The program also attracts a broader group of customers who could be healthier and desire a new source of motivation.

"The economic model made a lot of sense to us," Mr. Doughty said. "If you can actually get your customers to take healthy steps and it's going to improve their mortality, that creates some economic value that you can share back with them."

A Canadian program is also being planned, but moving it to new markets requires not only rigorous regulatory approvals, but also the establishment of the commercial partners that provide the discounts and small gift cards, which Manulife's research shows are a major draw to consumers.

"We're working with Vitality to set up the ability to bring it to the Canadian market, but we need to line up the networks that participate in this to provide the rewards," Mr. Guloien said.

The program will continue to evolve as technology allows better measurement of biometrics, Mr. Doughty said. And John Hancock aims to launch a health and discount program for seniors in the future to align with the aging population.

This story corrects an early version that quoted Donald Guloien saying 'debt claim' when it should have read 'death claim.'

Manulife keeps TV viewers on the edge of their seat with cliffhanger ads
March 12, 2015 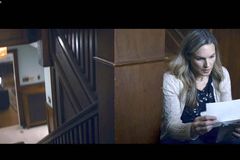 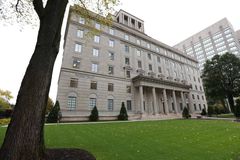 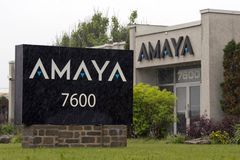 In quest for profit, Manulife looks beyond insurance
January 2, 2015 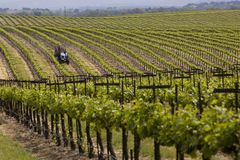