At its European production facilities, Germany-based Miele is continually walking the fine line between quality and efficiency when it comes to manufacturing luxury appliances.

But even within that juggling act, there’s still room for the finer things in life, which is why production workers at its Oelde, Germany, plant, where its cooking range is put together entirely by hand, always keep a supply of ladies hosiery within easy reach.

“We still use a silk-stocking test on the factory line for every machine that comes off,” says Kelly Lam, a vice-president of Miele Canada. “The assembly worker actually takes a silk stocking and runs it along and makes sure there are no rough edges or snags on the stainless steel.”

That attention to detail on its $20,000 flagship product, and the rest of its extensive product portfolio, which includes coffee machines, refrigerators and dishwashers is paying off. In its 2016-17 fiscal year, which ended June 30, Miele reported sales of €3.93-billion ($5.86-billion), a 5.9-per-cent year-on-year growth, with the majority of that (€2.75-billion) coming from overseas sales.

But while quality is important to everything manufactured by the company, which has been family owned and operated since its founding in 1899, financial considerations still have to be made. In one example, Mr. Lam says it would have been easy to look to offshore manufacturing in the production of its vacuum cleaners some years back to achieve certain efficiencies.

But instead the company built an entirely robotic production factory to manufacture the product at home.

“That allows us to still have the exact quality because obviously it’s completely controlled by us in Germany, but still allow us to hit some strategic price points in the vacuum category,” he says.

In Mr. Lam’s opinion, that insistence on quality is what is defining the luxury appliance sector. As a result, every product put on the market by Miele is tested to last the equivalent of 20 years of use.

“Nobody switches out their kitchen every five years,” he says. “It’s not a car lease or anything like that.” 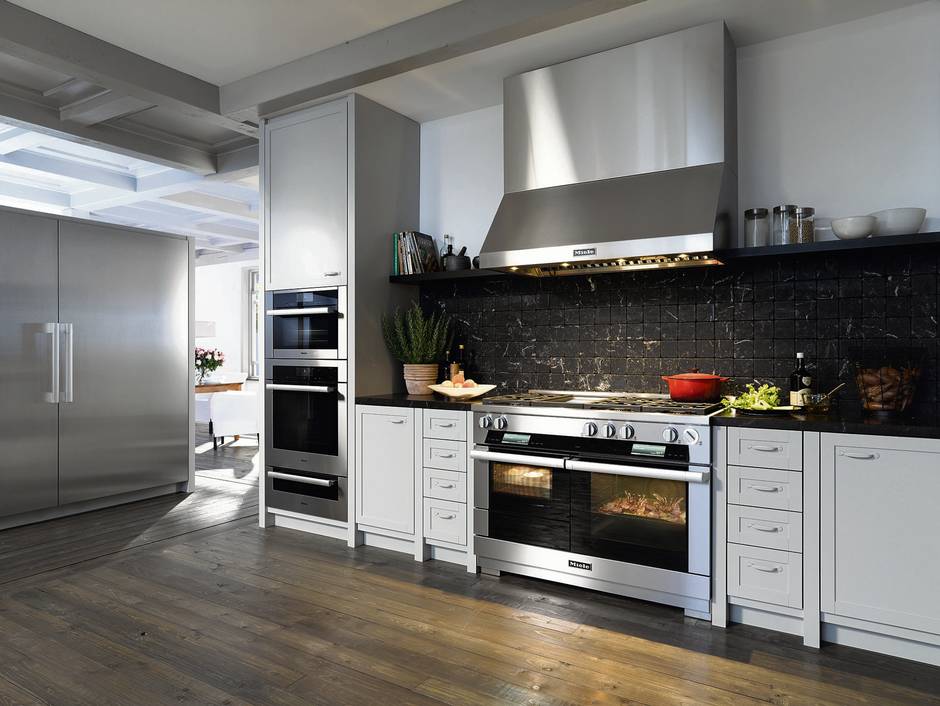 The latest Miele suite of kitchen appliances is more than 100 years in the making. The German company has been family owned and operated since its founding in 1899. (Miele)

Competing companies share this philosophy. Sub-Zero and Wolf, for example, utilizes extremes such as electric jolts and vibrations equivalent to a car crash at more than 72 kilometres an hour to ensure its own products can operate effectively for 20 years.

Customers have noticed. The kitchen appliance market globally was valued at $150-billion (U.S.) in 2015, according to Global Markets Insight, and expected to jump to $250-billion by 2023. Other research organizations, such at Trend-Monitor, say luxury items are helping fuel the growth, with their popularity rising “steeply” over the past 12 months. Canada’s buoyant real estate market and renovation craze promise to keep the trend going.

That customer appetite for quality and detail is why Marco Tallarico carries just a small number of brands at his Appliance Love stores, one in downtown Toronto and the other in neighbouring Mississauga. After-market care is partly why he chose the brands, which includes Miele, Jenn-Air, Sub-Zero and La Cornue, a handmade French brand of cookers which can range from $40,000 to $100,000.

“They’re very romantic, they have a story behind them,” Mr. Tallarico says. “People come in just for that … They’re just focused on this big significant piece.”

A focus on the appliances first, and then the remainder of the kitchen design, is exactly what Mr. Tallarico stresses to customers. It’s a philosophy that runs in his family; his father, Frank, owned Morley’s Appliance Centre in Toronto for 35 years.

“Design your kitchen with the appliances in mind, not the opposite,” he says. “Too many designers, what they’ll do is they’ll design the kitchen and say, ‘Go pick your appliances,’ after designing the kitchen. It shouldn’t be that way.”

With regards to trends in the industry, Mr. Tallarico says that increasingly customers are looking for smaller appliances, or appliances that offer dual functionality, such an oven that can offer steam and convection or speed and convection together. People don’t necessarily want the huge oven that comes into play only at Christmas and Thanksgiving, he says, and takes forever and a day to heat up. Speed is now of the essence.

“The customer is becoming way more savvy and way more sophisticated when it comes to cooking so they’re looking for the companies that offer this dual functionality and these are usually the higher-end companies,” he says.

While he says the majority of his customers want things that complement, or accentuate, their cooking skills first and foremost, some of the manufacturers that he carries offer innovative technology incorporated into their designs. 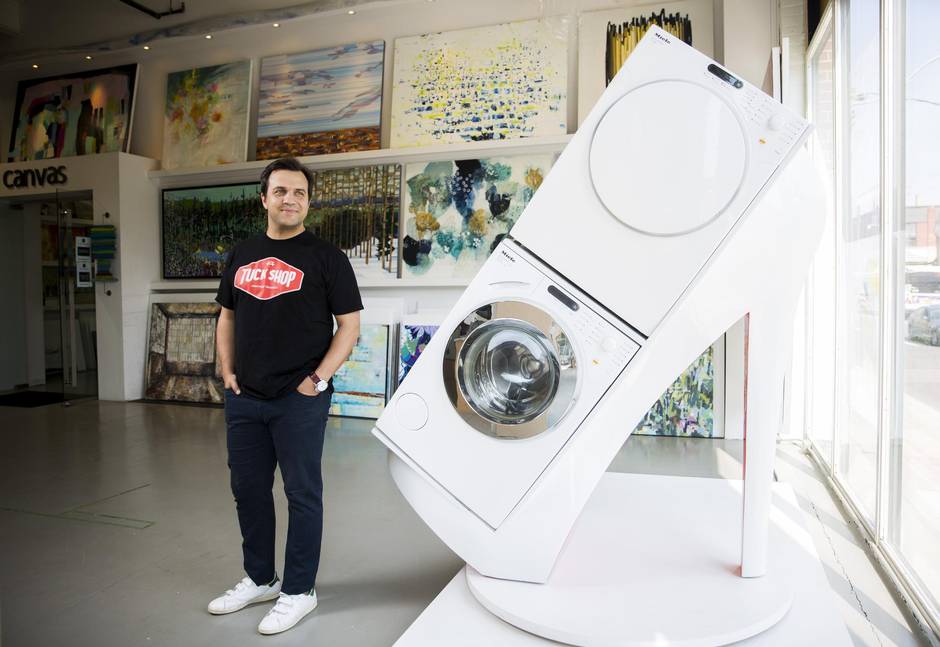 Marco Tallarico gets creative in selling luxury products at Appliance Love. ‘This is my attempt at showing Toronto a little bit that appliances can be sexy,’ he says of his washer-dryer presentation in a stiletto, which is just for show. (Michelle Siu/The Globe and Mail)

For example, wood-fired barbecue manufacturer Grillson produces two models, ranging in price from just under $3,000 to a shade off $5,000, with the more expensive of the two offering Wi-Fi and smartphone connectivity.

“So you can put the probe into the meat and while you’re sitting watching football on Sunday, for instance, and you’re smoking something you can see the temperature of your roast on your phone,” he adds.

By and large though, those kinds of innovative bells and whistles that might help get a product noticed on social media these days don’t generally pull much weight in the luxury appliance sector.

Beverley Binns, the creative director for Binns Kitchen and Bath Design in Toronto, says that as a rule it’s the mid- to lower-range appliance companies that are trying to incorporate those kinds of fun features to make their products more appealing.

“In the luxury market they tend to hold off on that until the technology is a little more there I suppose,” she says. “It’s not about the gimmick of it, it’s about the quality and the function of it … not a little fun thing they can pull up on their phone.”

While Ms. Binns is also increasingly seeing customers aiming for smaller ovens, and eschewing microwaves, for instance, in favour of healthier alternatives, she adds that brand awareness has also become far more important to people when faced with appliance-buying decisions.

It used to be that people shopped around for the best deal on an individual piece, such as a freezer or dishwasher.

Jerome Curran, president and owner of Jerome’s Appliance Gallery in Calgary, says he does few single-item sales, with most done in multiples of seven, eight or nine appliances, ranging in price from $30,000 to $60,000 a package.

He says a lot of his customers are in the 40 to 50 age range, and while they’re used to high-tech products, technology is a big driver in their sales decisions. Again, it comes down to quality.

“They do their research before they come to your store and they’re a very well-educated consumer right now,” he says, “so you don’t pull wool over their eyes too easily.”