The threat of another Quebec referendum is slowly beginning to seep into financial markets.

A majority win by the pro-sovereignty Parti Québécois is not assured, and the likelihood of a PQ government calling a referendum on the sovereignty issue is still anyone's guess. But those potential scenarios are enough to cause a slight shift in the bond market, even at this early stage in the campaign.

The impact has been muted so far, with yields on Quebec's longer-term bonds about 17 basis points higher than those in Ontario, compared to about 10 basis point spread a few weeks ago, said Joey Mack, director of retail trading at GMP Securities. That reflects an increased premium the market is demanding on Quebec investments relative to those of its neighbour. (A basis point is 1/100th of a percentage point.)

"[Quebec bonds] are not that much weaker, but there is a little bit of concern baked in about the PQ perhaps getting a majority, then a potential referendum if that does happen," Mr. Mack said. Polls suggest support for a separate Quebec is still well short of a majority in the province, he noted.

Premier Pauline Marois called the election for April 7 on the strength of recent polls that indicate the PQ could shed its minority status and form a majority government this time around, increasing the possibility it will opt for a third referendum on independence after losing the previous ones in 1980 and 1995.

One factor complicating the sentiment towards Quebec investments is the province's underperforming economy and high debt, as well as the PQ government's decision to put off eliminating the deficit, which stands at $2.5-billion for the 2013-2014 fiscal year.

Indeed, in a report to be released Tuesday, the Vancouver-based Fraser Institute said Quebec is staggering under a $175.5-billion debt load that represents 49 per cent of the province's GDP, the highest such ratio in Canada. That debt-to-GDP ratio is two-and-a-half times higher than most indebted U.S. states, and significantly higher than Ontario's ratio of 37.5 per cent.

In Quebec, debt servicing costs alone were $9.8-billion in 2012-2013, more than 11 per cent of total government revenue, the Fraser Institute said.

Université de Montréal economist François Vaillancourt said the slight increase in the bond spread may reflect concern that a majority PQ victory will allow the government to proceed with its plan to put off eliminating the deficit from the current fiscal year to 2015-2016.

"It's more about what Quebec's economic situation will be if the PQ is in power for four years," he said.

With an election looming, and concerns bubbling about the state of the province's economy and its fiscal outlook, it is no surprise that investors are tinkering with their Quebec holdings.

"People are looking at their portfolios and assessing the risk, and on top of that is the recent fiscal news of a deficit," said David Watt, chief economist in Canada for HSBC Holdings PLC.

"It's not unreasonable to see some rebalancing of portfolios. It's not foreign investors leaving Quebec. It's just managing the risk in their portfolios," he said.

Jonathan Bendiner, an economist at Toronto-Dominion Bank said the bond spread – which is now close to what it was just after the PQ won their minority election victory in September 2012 – will very likely widen if the PQ gets a majority government. That scenario would decrease confidence in the Quebec economy, he said, even though the fundamentals of the province's economy now appear better after a muted 2013.

Indeed, with the U.S. economy is improving and the Canadian dollar depreciating, the conditions are in place that "spell a better outlook for the Quebec economy moving forward," he said. "All these factors [will] help the export sector in Quebec that has lagged."

That improving outlook should also help the government decrease its budget deficit, so it can meet its goal to balance the books by 2015-2016, Mr. Bendiner said. "With improving economic fortunes you would expect an increase in tax receipts that would help revenue intake and help the economy move forward."

Investors will likely continue to expect a premium on Quebec bond yields because of the continued uncertainty created by a PQ government, said Charles St-Arnaud, economist at Nomura Securities International Inc. "Investors will be asking for some type of compensation for the added risk," he said. "It's not extreme and I don't think it will go extreme. [But] it may spike if a referendum is announced."

Déjà vu: Sovereignty and the leader trying to give an old dream new life
March 7, 2014 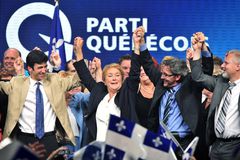 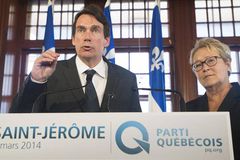 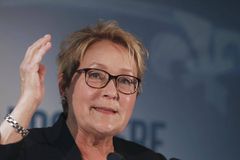 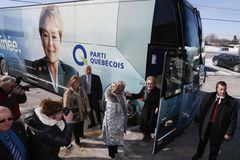 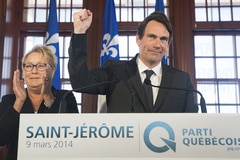 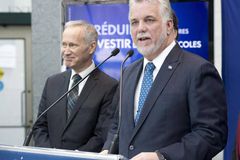