Last winter, as panic gripped the global oil trade, Hanif Mamdani spent $1-billion accumulating energy bonds that investors fleeing the sector were desperately unloading. He binged on high-quality issues that he believed had been unfairly punished – notably a large helping of Baytex Energy Inc. bonds that had fallen to 79 cents on the dollar in early December.

Five months later, he sold some of that paper at a gain of almost 25 per cent. But here’s the kicker – over that stretch, the price of crude oil actually declined, suggesting that fearful investors had been absolutely correct in their forecast of hard times in the oil patch. Where they went wrong was in overestimating the potential damage. Bluntly put, they overreacted.

The energy sell-off is symptomatic of an investing environment that is increasingly governed by emotion rather than fundamental analysis, says Mamdani, one of the country’s elite investors. It’s the kind of market in which feelings matter as much as math.

“If as a result of these episodic bursts of volatility a related market becomes mispriced, that’s when we swoop in,” he says.

He’ll get another big opportunity before too long, he suspects. Today’s low interest rates have prompted investors to bid up stock and bond prices to elevated levels, making markets unusually susceptible to sudden panics.

Despite having an engineering degree from Caltech, and a master’s in mathematics and applied science from Harvard, Mamdani’s methods these days are primarily shaped by the study of investor psychology. “Understanding behavioural finance and the fallacy of human thinking is probably more important than the arithmetic of investing at this point,” he says. 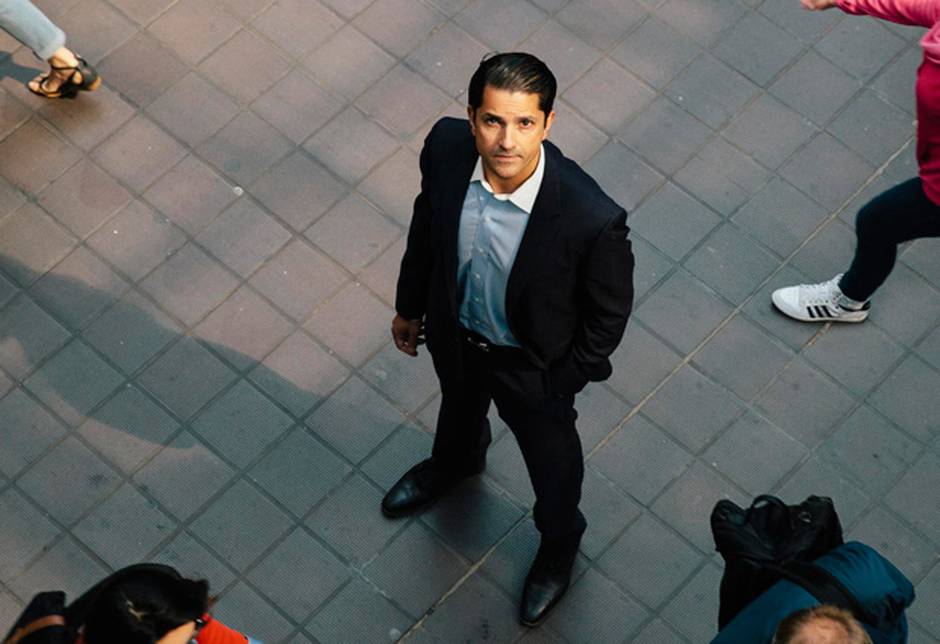 Hanif Mamdani has thrashed the market by staying cool while others are panicking. Now he’s bracing for the biggest opportunity yet. (Photo: Grant Harder)

When investors make mistakes, Mamdani tries to be on the other side of the trade. So far, that strategy has worked beautifully. As head of alternative investments for RBC Global Asset Management, he has piloted the $3.7-billion PH&N High Yield Bond Fund to an annualized return of 9 per cent since its inception in 2000, beating the 7.7 per cent of the benchmark. He has also led the PH&N Absolute Return Fund to annual average gains of 17 per cent since 2006, trouncing the benchmark return of –0.3 per cent.

He seeks investments with an “asymmetric payoff,” meaning their potential upside is greater than their potential downside. While that may sound like just a fancy way of framing the normal risk-reward trade-off, he says it’s a point on which many investors falter. They chase securities that could lose them just as much money as they could gain– a symmetric risk profile. And when markets quiver, they react rashly, selling into a falling market in an attempt to limit their losses.

The recent oil swoon provided a classic example. In November, Saudi Arabia and other members of the Organization of Petroleum Exporting Countries decided not to cut their crude oil production, sending a shock wave through the energy market. As oil prices plunged, bonds issued by some high-quality Canadian energy companies, like Baytex, Precision Drilling Corp. and Gibson Energy Inc., slipped to prices that seemed to assume bankruptcy was looming.

“Chances are oil won’t stay down for years and years, and even if it did, these companies had the wherewithal to survive,” Mamdani reasoned. So he aggressively accumulated cheap paper for both of the funds he manages.

It was a bold move, but Mamdani doesn’t value action for action’s sake. He likes to stick to what he knows best–North American high-yield and investment-grade credit, and special situations involving Canadian and U.S. equities.

Investors are consistently undone by the desire to do too much, he says. “With most things in life, more activity leads to better outcomes. If you practise your golf swing more, you’ll probably be a better golfer. Investing is one of those rare occupations where too much activity leads to a worse outcome.”

The ability to stick to an investing plan could soon be tested in a big way, Mamdani says. He foresees a potential “Minsky moment” – a collapse of asset prices after a long period of speculation following a pattern first identified by economist Hyman Minsky. Years of unprecedented stimulus by the world’s central banks have suppressed volatility and inflated asset values.

“At some point this monetary logjam will be broken. And we could unleash a lot of volatility. We’ve seen hints of it."
Hanif Mamdani

On Oct. 15, 2014, an extraordinary spike in U.S. Treasuries trading volume mystified market observers after sending the 10-year note falling by 35 basis points, mostly over a 10-minute span. That such a flash crash could occur in the deepest, most liquid market in the world suggests that the eventual transition out of an environment of low yields might be a painful one, Mamdani says.

“The fabric of the markets has changed fundamentally, and it has increased the probability of a major market accident,” he says. “We want to try to make money when it happens.”