A decade has passed since BlackBerry led the transformation of mobile phones into e-mail and Internet access devices. By the end of 2014, more than 1.7 billion of global mobile phone users – some 40 per cent – will own smartphones.

In that breathtakingly brief period, the smartphone has transformed society in unimaginable ways. The most widely cited impacts are social. Pervasive e-mail and text messaging, the phenomenal popularity of Facebook, Twitter, Instagram and YouTube plus the vast amount of information accessible through search engines see many users virtually unable to avoid using their smartphone for more than a few minutes. This condition has become known as Internet addiction. It infects children as young as two years and it's well on its way to infecting a large part of the post-smartphone generation.

What does this have to do with business? A great deal, since those who grew up in the age of smartphones will eventually comprise Canada's entire workforce. How can people who've spent almost every waking minute moment fixated on their gadgets learn thinking skills such as problem solving, strategic planning and disciplined time management? Psychological studies don't paint an encouraging picture.

When we go online, we enter an environment that promotes cursory reading and hurried, distracted thinking. Surprisingly, one of the clearest enunciations of the problem comes from an Internet veteran. Two years ago, Joe Kraus, a partner at Google Ventures, sounded the alarm. "We are creating … a culture of distraction where we are increasingly disconnected from the people and events around us and increasingly unable to engage in long-form thinking. People now feel anxious when their brains are unstimulated …We threaten the key ingredients behind creativity and insight by filling up all our gap time with stimulation."

"We are lonely, but fearful of intimacy. Digital connections offer the illusion of companionship without the demands of friendship. We expect more from technology and less from each other," says Sherry Turkle, an MIT Professor who studies technology and society.

This helps explain why employers are finding young recruits very bright, but awkward and deficient when working in teams or interacting with customers.

Studies by psychologists and neurobiologists point to the conclusion that the Internet device revolution is actually rewiring brains. Mr. Kraus puts it this way: "We're radically overdeveloping the parts of our quick thinking, distractible brain and letting go of the long-form thinking, creative contemplative, solitude-seeking, thought-consolidating pieces of our brain atrophy by not using them … that's both sad and dangerous."

It's dangerous from a social standpoint because constantly distracted people who are incapable of long-form thinking will have difficulty managing their lives. And it's dangerous economically because business success in a globally competitive world requires undivided focus, analytical accuracy, creative problem solving, innovative thinking and team-working skills.

The Internet brain seeks to fill all "gap" time tweeting, texting, e-mailing, following Facebook "friends" and, if there's any spare minutes left, playing video games. Is it possible to rewire the Internet-addicted brain? I wouldn't be surprised to see "Internet withdrawal" retreat centres emerge as a new business opportunity. And businesses should be adding "long-form thinking" to employee development programs. The survival of their enterprises may depend upon it. 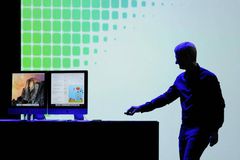 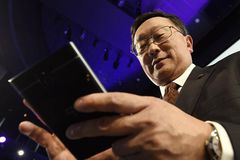 Ten ways to get your social media platforms into the holiday spirit
May 12, 2018 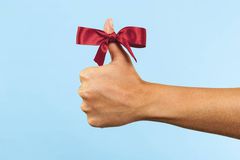 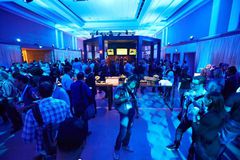