U.S. health-care-services giant McKesson Corp. is taking on the heavyweights of Canada's drugstore industry with a $3-billion deal for the Rexall pharmacy chain and related companies.

McKesson of San Francisco, which already owns smaller drugstores in Canada and supplies drugs to Rexall and other pharmacies, is adding to its size and buying power by acquiring the 470 Rexall stores. It gives Rexall more heft in its fight with industry leader Shoppers Drug Mart, which was acquired by grocery titan Loblaw Cos. Ltd. for $12.4-billion two years ago.

The move also potentially puts more pressure on smaller regional players and independents, many of which are supplied by McKesson and see it becoming an even bigger retail competitor with the latest deal. At the same time, all pharmacies are feeling the pinch of provincial generic drug reforms that squeeze drugstore profits.

"I think it will put pressure on the whole industry," said Clint Mahlman, chief operating officer of retailer London Drugs Ltd. of Richmond, B.C., which is supplied by McKesson.

It is "a considerably large-size player in the distribution of wholesale drugs … It definitely has the potential to be a conflict, for sure. But it's also not unusual that we see suppliers becoming competitors in all markets these days."

As one of just two major national distributors of drugs to pharmacies, McKesson is betting that its acquisition of Rexall, the second-largest pharmacy chain after Shoppers, will help it improve its financial situation and steal customers.

Still, it will need to navigate some sensitive issues with other retailers that it supplies while trying to build its retail and distribution strength.

McKesson executives didn't comment directly, although spokesman David Simmonds said "together with Rexall, McKesson will be able to increase our supply chain expertise through a deeper understanding of pharmacy operations. This deal extends the ability of both companies to provide access to best-in-class pharmacy care with an expanded retail footprint."

David Francis, an analyst at RBC Dominion Securities, said McKesson has eschewed deals in the past that have the optics of putting the company in competition with its competitors. This approach has "handcuffed" McKesson "to a meaningful degree in looking at transactions that could add strategic value to the business," he said.

"The purchase of Rexall is a clear shift in this approach" and could signal that other transactions or partnerships in the North American retail pharmaceutical market could now be on tap for McKesson, Mr. Francis said in a note.

McKesson is no stranger to Rexall and its parent Katz Group, having supplied it for two decades. And in 2012, McKesson bought Katz's 1,100 franchised stores (including IDA and Guardian) for $920-million as Rexall focused on its corporately owned Rexall outlets. Subsequently, Rexall became an attractive takeover target for rivals such as U.S. titan Walgreen Co. and McKesson.

London Drugs' Mr. Mahlman said McKesson's role with insurance companies could give it more clout in the market. Mark Satov of retail specialist Satov Consultants added that McKesson's ownership of the health-care management firm could eventually help reshape the landscape if the firm began to encourage companies to use Rexall as a "preferred provider" of medications through their employee benefit plans.

And Jim Danahy of consultancy CustomerLAB said the Rexall deal could have long-term implications by shifting more Canadian health care to pharmacists, saving governments billions of dollars. He said the acquisition could create a "space race" between McKesson's growing empire and its huge Shoppers-Loblaw rival. They already have been pushing provinces to give pharmacists more authority to prescribe drugs and carry out other basic health care for customers. "Both companies have the scale and resources to radically accelerate community-based health care reform in Canada."

Rexall Health provided signs that it may be looking for a suitor when last summer it hired as its chief executive officer Jurgen Schreiber, a former CEO of Shoppers, industry watchers said. Mr. Schreiber will continue to be CEO of Rexall after the takeover, the companies said.

Mr. Schreiber has a strong background in boosting sales at Shoppers and before that at A.S. Watson Group, a European chain of health and beauty stores. At Shoppers, he shored up business in high-margin beauty and cosmetics merchandise, which helped offset lower margins of other goods such as toothpaste as well as declining margins in generic drugs. Over the past few years, Rexall has been working at transforming itself into a more distinct and stronger chain as it fought off Shoppers as well as new provincial generic prescription rules that result in pharmacies losing billions of dollars of government funding.

John Hammergren, chairman and CEO of McKesson, said on Wednesday that Canada's health care landscape is "rapidly evolving. It is marked by a move of primary care into pharmacy and increasingly complex patient demand."

"With today's announcement, McKesson will bring together the strengths and expertise of our diverse portfolio to address challenges and opportunities in delivering the very best patient care."

The acquisition, which will be funded by a mix of cash and debt, is expected to close late in 2016, the companies said.

McKesson expects the acquisition to be "modestly accretive to adjusted earnings per diluted share" for fiscal 2017. It said profit attributable to Rexall Health will be partly offset by an anticipated charge related to the reversal of a step-up to fair value of acquired inventory at the date of the acquisition.

McKesson said it anticipates the takeover will "drive meaningful accretion, on a constant currency basis, to fiscal 2018 adjusted earnings per diluted share."

The acquisition is subject to approvals under the Investment Canada Act and the Competition Bureau. 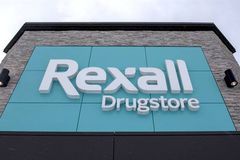 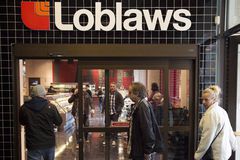