Matthew Richardson decided it was finally time to change his cooking habits.

After moving in with his girlfriend this past summer, Richardson, 36, figured they should put a stop to their frequent eating out and make a real effort to prepare their own meals at home.

But he didn't know where to start. Elaborate recipes felt intimidating and he had no clue where to look for easy, healthy food that would appeal to both of their tastes.

So he turned to home-delivered meal kits, a phenomenon that has quickly grown into a $120-million industry in Canada, according to the market research company NPD Group.

Meal-kit companies offer consumers a menu of ready-to-prepare dishes that are typically marketed as easy to make, healthy and delicious. Meal ingredients arrive pre-portioned with a recipe for consumers to follow.

The meal-kit industry started in Sweden, according to Robert Carter of NPD Group, and has spread globally over the last five years. The industry has roughly doubled in Canada since 2014, Carter added.

"It's grown fairly aggressively in the U.S. marketplace, and kind of filtered here into Canada," he said, adding that meal kits are "now one of the fastest-growing food segments in the Canadian marketplace."

On a friend's recommendation, Richardson first signed up for Goodfood, a meal-kit company founded in Montreal in 2015. The largest family-sized meal-kit boxes start at $8.75 per person per meal and recent options have included whisky rubbed pork chop with scalloped potatoes, red lentil stew with sweet potatoes, and acorn squash tacos.

One of Richardson's favourite meals — quinoa-stuffed peppers — arrived boxed with portions of poblano peppers, corn, spinach, cilantro, quinoa, cheese, tomatoes, an onion, panko crumbs and a spice blend. It took Richardson and his girlfriend about 45 minutes to make.

For Jayne Zhou, an HR co-ordinator in Vancouver who's been on maternity leave since early in the year, meal kits have made life a little simpler.

She says it initially took some trial and error to figure out how much food to order for her family of four. She started getting weekly meals delivered but found some food would get wasted if her family met up with friends or went out to dinner.

They now order meals for two people every other week. Zhou says she loves that as a self-described "newbie cook" she's built confidence in the kitchen.

"We had ginger pork meatballs and I was like: 'That wasn't too hard, maybe I'll be able to make this recipe again,"' she says.

Richardson also believes his kitchen chops have improved. In the fall, a few months into his flirtation with meal kits, he visited his family's farm in Nova Scotia and decided to pick some chanterelle mushrooms to make a risotto.

"A year ago, I wouldn't even consider making a risotto," he says. "It would seem like this huge, intimidating task that I would never tackle. It definitely gave me more confidence, to go out and try dishes that I normally would be like, 'That's something that somebody who's a professional would make."'

Both Zhou and Richardson say meal kits have been a cheaper alternative than ordering in or going to a restaurant but they've definitely been more expensive than doing their own grocery shopping.

Graham McDonnell, a stylist from Dartmouth, N.S., was lured by the convenience of having meal kits delivered to his door but has gone back to doing his own grocery shopping.

He and his partner used to shop for groceries often but would end up throwing away a lot of food since they didn't plan properly. Now they've refocused their energy on meal planning.

"If you take the time to plan your meals and not over-shop ... you can kind of organize (a meal-kit type experience) yourself, basically," McDonnell says.

While meal-kit companies often market their food using buzzwords like "farm-fresh," "sustainable," and "antibiotic- and hormone-free," one nutritionist says it's too early to assess the health benefits of buying into a meal plan given few real studies have been done on the subject. But University of Guelph Prof. Jess Haines does see the appeal of the service, particularly for people who work long hours or don't have a lot of time to think about shopping for food. And some of the meal kits she's seen "appear to have very healthful options," Haines says.

After about three months of using Goodfood, Richardson and his girlfriend decided to try some of the competition. Richardson heard others swear by Toronto-based Chefs Plate but personally found the ingredients to be a little less fresh than what he was used to. He liked German company HelloFresh but found the vegetarian options lacking.

The couple continues to try meal kits from new companies looking to cash in on the trend, especially since social media ads targeted to them are often offering a few free meals.

"Apparently I'm looking at these things enough that the advertisers know that that's what I'm into," he says. 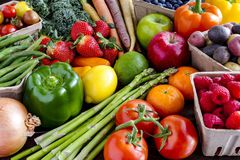 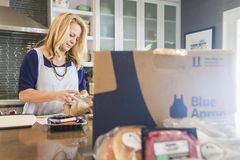 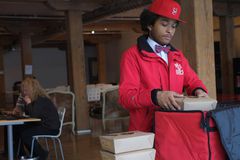