Bell, Rogers and Quebecor have won a round in their court battle with the operator of the TVAddons website – which they allege violates their commercial rights under the Copyright Act.

A panel of three Federal Court of Appeal judges has ruled unanimously that Federal Court Judge Richard Bell shouldn not have disallowed a court order that permitted a search of the Montreal home of the website's operator, Adam Lackman.

The panel also ruled that the companies' request for an injunction against Lackman should have been granted by Judge Bell while the Federal Court deals with the plaintiffs' allegations. The panel awarded the companies $50,000 in court costs.

The case against TVAddons can now proceed to trial at the Federal Court's trial division.

Lackman posted an online statement Wednesday that asked supporters to help fund the legal battle and noted the Federal Court has yet to test any of the claims brought forward by the companies.

He has argued that the primary purpose of TVAddons is to provide software add-ons for the KODI media player, which can play various types of video, music and other multimedia content from the internet.

The plaintiffs allege content that they own can be accessed by KODI users with some of the add-ons on the website.

The appeal was sought by Bell Media Inc. and other companies in the BCE group of companies, Rogers Media Inc. and its parent company and two companies within the Quebecor group – Videotron and Group TVA Inc.

All three media groups are part of the FairPlay Canada coalition, which is proposing the creation of a new anti-piracy unit within the Canadian Radio-television and Telecommunications Commission. 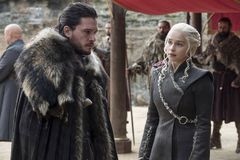