The CBC is open to selling any and all of its real estate as it plans to move away from owning bricks and mortar, while its main union argues the public broadcaster is in danger of making "irreversible" cuts under financial duress.

The Canadian Media Guild (CMG) is raising an alarm after Fred Mattocks, the CBC's general manager of media operations and technology, told a staff at a town hall on Tuesday, "If you are in a CBC-owned building, you can be sure that we're looking at selling it and leasing back space, or selling it and moving."

The CBC says it is only sticking to the five-year strategy it announced in 2014, which included unloading half of its real estate "footprint" – or some two-million square feet of space. Whether the CBC owns or leases the remaining half is yet to be decided. But as the public broadcaster looks to reinvent itself as a digitally focused broadcaster and deals with massive cutbacks, it is committed to downsizing to fit its needs.

"The guiding principle here is that we would prefer not to be in real estate, carrying the real estate risk and the costs associated to that," said Marc Y. Lapierre, the CBC's executive director of real estate services.

"We're going case by case," he said. "It's not a dogmatic approach."

The CBC has excess space it pays to maintain, some of it built in a different technological era, which diverts money from more pressing needs including programming, Mr. Lapierre said.

But CMG president Carmel Smyth worries the drive to sell property could ultimately threaten the CBC's role as a leading producer of original Canadian programming.

She criticized the CBC's 2014 plan, which talks about "reducing the technology footprint, reducing in-house production and rethinking bricks-and-mortar locations," for being vague. The plan also includes up to 1,500 job cuts by 2020 and calls for the scaling back of some evening newscasts – a process which has now started. Ms. Smyth says she fears the cumulative effect "could be very bleak."

"I find it hard to believe that they would ever lease back significant space to do the kind of production that they have in the past," Ms. Smyth said. "I think CBC's in a financial crisis, and we would like to see the leadership be clear about the potential future prospects for a public broadcaster that is going to be downsized far beyond what people think today."

The CBC's financial woes have also caught the eye of politicians in the federal election campaign, with the NDP, Liberals and Green Party all promising to reinvest between $115-million and $285-million a year in the public broadcaster. On Wednesday, Green Party Leader Elizabeth May released a statement calling the CBC's plans to sell real estate "appalling," saying the properties "were paid for by Canadians and should remain in public hands."

But the plan is already in motion. The CBC has sold nine buildings so far in cities such as Halifax and Windsor, Ont., shedding about 400,000 square feet, or 10 per cent, of the corporation's space. It still owns 17 others. Each building that was sold was replaced with a smaller, leased space.

Trudeau promises to increase funding for the arts and CBC
September 22, 2015 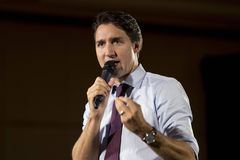 CBC considers selling Vancouver building to free up money for programming
May 26, 2015 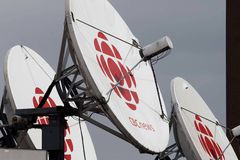 Follow James Bradshaw and Tamsin McMahon on Twitter @jembradshaw @tamsinrm
Report an error Editorial code of conduct
Due to technical reasons, we have temporarily removed commenting from our articles. We hope to have this fixed soon. Thank you for your patience. If you are looking to give feedback on our new site, please send it along to feedback@globeandmail.com. If you want to write a letter to the editor, please forward to letters@globeandmail.com.
Comments