Retailers will be able to charge customers extra for using Visa or MasterCard to pay for their purchases under settlements of a class-action lawsuit, threatening to leave some consumers with bigger bills.

Visa and MasterCard this week issued separate but similar $19.5-million settlements each in a lawsuit that alleged the credit-card companies and banks unlawfully fixed the price of fees paid by merchants whose customers use those credit cards.

The settlements are a victory for Mary Watson, a furniture-store owner in Vancouver who filed a suit on behalf of an estimated 680,000 retailers across Canada that accept Visa or MasterCard, said her lawyer Reidar Mogerman, a partner at Camp Fiorante Matthews Mogerman in Vancouver.

Still, most retailers in other major jurisdictions that already allow credit-card surcharges, including the United States and Europe, do not actually apply the extra fees, Mr. Mogerman said in an interview.

The same is expected to unfold among retailers in Canada after the settlements get court approval and come into effect within the next two years, merchant representatives said.

"To the extent that merchants feel they're being gouged by the [credit-card] networks on interchange fees, some of them may say: 'I might surcharge,'" said Karl Littler, a vice-president at Retail Council of Canada, which backed the lawsuit. "Most will probably not."

The win comes amid mounting pressure from retailers and other businesses for lower credit-card fees in initiatives underlined last year when discounter Wal-Mart Canada Corp. refused to accept Visa cards in Thunder Bay, Ont., and Manitoba, pointing to their "unacceptably high" fees.

In January, Wal-Mart and Visa agreed to end the spat without disclosing the details of their agreement. A Wal-Mart spokesman declined to comment on Wednesday about the latest class-action settlements.

Total settlements in the class-action suit now amount to $68.53-million, including those with Bank of America, Capital One, Citibank, Desjardins and National Bank, Mr. Mogerman said. Cases against Canada's five major financial institutions, such as Royal Bank of Canada, are still in progress.

Dan Kelly, president of the Canadian Federation of Independent Business, said even though the vast majority of merchants will probably never tap into the credit-card surcharges, the threat of them could prevent credit-card companies from raising their charges to merchants.

"The ability to add a small surcharge to accept a credit card payment – particularly for higher-cost premium credit cards – is an important power to have," he said. "But it is not expected to be widely used by smaller merchants."

Retailers work hard to draw customers into their stores "and even more to get them to the register," Mr. Kelly said. "About the last thing most merchants would want to do is frustrate a consumer at the point of payment."

And in the digital age, consumers are more price sensitive than ever and doing price comparisons on the Internet, pushing back against any increase, he said.

Still, some retailer groups oppose surcharges, including the Canadian Federation of Independent Grocers, arguing the fees are not a long-term solution to the issue of hefty credit-card fees paid by businesses. In highly competitive markets such as grocery, smaller players risk losing shoppers to larger ones that can afford not to pay surcharges – so nobody would charge the extra fees, said Gary Sands, senior vice-president of the CFIG.

Ms. Watson, the Vancouver store owner who was behind the class-action lawsuit, could not be reached for comment. Her lawyer, Mr. Mogerman, said he wasn't sure whether she would levy a surcharge, saying "it depends on the circumstances and so it is too early to tell." He added: "She understands the value of the tool and welcomes any change that could reduce overall interchange" fees.

Similar proceedings in the lawsuit are under way in Ontario, Quebec, Saskatchewan and Alberta.

Under the current model, credit-card companies and banks take an average 1.5-per-cent interchange fee from merchants, depending on the type of card the customer uses. More basic credit cards have lower fees, while premium cards that offer rewards often charge retailers higher fees of as much as 2.5 per cent of the value of purchases.

Surcharges that merchants charge customers are expected to be capped at about 2.5 per cent of the value of a purchase, industry insiders said.

In its settlement, Visa Canada said it is not admitting any wrongdoing "and remains of the view that it had strong defences to all of the allegations advanced in the class proceedings."

Mastercard Canada said it has "strong defences to the claims" but "a settlement avoids the continued costs and uncertainties that are inherent in litigation." 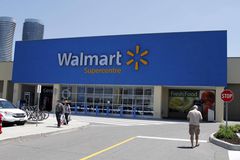