Grocers could be forced to raise their prices next year as a result of Ontario's plan to boost minimum wages, the head of Metro Inc. warns.

Montreal-based Metro will work hard to offset the rise in labour costs, but that may not be enough to prevent supermarkets from raising prices, chief executive officer Eric La Flèche said on Tuesday.

"Over time, if structural costs go up, that could have an inflationary impact," Mr. La Flèche told a conference call to discuss Metro's third-quarter results, which missed analysts' profit targets by a small margin. "I'm not giving you guidance and more details. It's an industry issue."

Metro joins other retailers and industry groups in saying the minimum wage hike – there is one coming to Alberta as well – will be a "significant pressure." Metro also is among retailers that are pushing to come up with ways to help counter the effects of the added labour expenses, including more automation, technology and cost-cutting initiatives.

Metro estimated the steeper Ontario minimum wage will cost it between about $45-million and $50-million in 2018. But the tab could be higher because the grocer's estimate excludes a potential "cascading" effect of higher-paid employees also demanding more compensation, Mr. La Flèche said. "It's something that will have to be addressed."

Michael Van Aelst, retail analyst at TD Securities, said it is tough to imagine the grocery industry simply accepting lower returns that would flow from a "structural change" of minimum wage increases. But he said grocers have also seemed hesitant to pass along inflation of commodities and other goods to consumers in higher prices in an intensely competitive market.

The pressures add to an array of factors that have weighed on grocers and other retailers, including minimum-wage increases in both Ontario and Alberta (Metro does not operate in Alberta); generic drug reforms coming to Quebec and expected in other provinces; unseasonable weather; the threat of heightened e-commerce competition; and the potential for German grocery discounters to set up shop in Canada in the coming years.

Metro, which is often a top performer, already felt the heat in its third quarter, pointing to food deflation, tougher competition and a cool and rainy spring and early summer that dampened sales of barbecue and other seasonal items.

Mr. Van Aelst said the grocer's level of confidence is still growing profit "at a decent pace" next year "will be an important determinant as to how much its share price underperforms" on Tuesday.

Loblaw felt the pressures last month when it said plans for minimum-wage increases in Ontario and Alberta could add about $190-million of labour expenses to the retailer in 2018 alone. Loblaw, which owns Shoppers Drug Mart, will also feel the effects of generic drug reforms.

Drug rule changes are a smaller factor for Metro, which will feel a roughly $2-million hit from the reforms, Mr. La Flèche said. The Quebec government plans to lower generic drug prices over the next five years, beginning this fall, to save an estimated annual $300-million or more.

On the wage front, Ontario plans to boost the hourly minimum wage of $11.40 to $11.60 in October, $14 on Jan. 1 and $15 the following year in a bid to improve consumer purchasing power and stimulate the economy. Alberta plans to increase its hourly minimum wage to $15 from $10.20 by next year.

Metro blamed the weak barbecue season and intense competition, which depressed prices, on its third-quarter gross profit margin slipping to 19.5 per cent of sales from 19.6 per cent a year ago.

Mr. La Flèche said Metro will look at offsetting higher wages with better product ordering, staff scheduling and even electronic shelf tags, which it is testing in a couple of stores.

"We will spare no effort to manage this properly so that we are competitive and we have a good control of our expenses," he said.

He said the Ontario government has given companies little time to adjust to higher minimum wages. But he said over time, Metro is confident it will mitigate the pressures.

"We are pretty efficient already but there are always opportunities to look at all of our costs – labour and our SG&A" he said, referring to selling, general and administrative expenses. "We're working hard to find some offsets … All the stuff we've been doing and looking at I'm sure will accelerate with this cost increase."

Mr. La Flèche also said Metro will expand its e-commerce to major cities in Quebec by the end of the year so that it covers 60 per cent of the province's population. Metro's online shopping currently operates in some Montreal area stores and includes both home deliveries and customers ordering online and picking up their purchases at select stores. Eventually, Metro will expand its e-commerce to Ontario, he said.

In April, Mr. La Flèche said shoppers generally buy more on each online shopping trip compared with in-store shoppers. "Clearly it's a customer that's driven by convenience, less by price," he said. He said the project was meeting the company's expectations.

But he suggested e-commerce net profit margins are pinched because "delivery is expensive ... . We don't have the scale yet to be profitable."

Why No Frills is going after the ‘frugal-chic’ consumer
Subscriber content
May 8, 2017 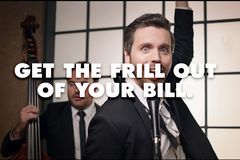