Canadian dairy farmers are grappling with a glut of milk, forcing them to turn growing volumes into low-cost pig feed and sometimes dump it on farms or in sewage systems.

The head of the Dairy Farmers of Ontario (DFO) acknowledged in a recent letter to farmers that it has been forced to get rid of quantities of unwanted liquid skim milk.

"There have been days in the last couple of weeks when we have had to dispose of skim milk in lagoons," DFO chairman Ralph Dietrich said in the letter. "Right now, we continue to be challenged on a daily basis and there is no obvious end in sight."

The immediate crisis is triggered by "unprecedented" demand for butter and cream, inadequate dairy processing capacity and flat demand for fluid milk, according to DFO officials. The result is a glut of liquid skim milk, which remains after most butterfat has been removed. Quebec dairy farmers are facing similar challenges.

Mr. Dietrich, a dairy farmer from Mildmay, Ont., insisted that no raw milk is being dumped.

Critics say the larger problem is the inflexibility of the supply management regime, which tightly regulates the price and output of milk, chickens and eggs across the country.

Ontario farmers have produced 5.4-million litres of excess skim milk in the past month, according to DFO spokesman Graham Lloyd. Since late May, roughly 800,000 litres of milk has been poured into farm manure pits, called "lagoons."

Sold as low-cost animal feed, the milk would have a value of $500,000; instead farmers will get nothing for that milk, Mr. Lloyd said.

"Supply management depends on perfect market conditions, and there are no such things," said Sylvain Charlebois, a professor at the University of Guelph's Food Institute. "You can never achieve a perfect equilibrium between supply and demand."

Surpluses are a recurring and chronic problem for the industry, he added. "There is too much production out there," Prof. Charlebois explained.

A recent internal DFO report foreshadowed the current dilemma, warning that soaring imports of concentrated milk protein from the United States and elsewhere are creating an existential problem for the dairy supply management regime. These designer ingredients replace fluid milk in the making of cheese, yogurt and other products.

"If milk protein imports continue to grow, the industry will no longer be able to sustain itself as there will be no market for the [skim milk] … leaving the industry no choice but to dump skim milk or import more butter," according to the report, presented at an industry conference in March.

Faced with a stagnant domestic market, Montreal-based Saputo Inc. and other major Canadian dairy producers have been investing heavily outside the country, where growth opportunities are better. This has exacerbated the skim milk surplus because dairies aren't expanding their Canadian production of butter, cream or milk powder.

Martha Hall Findlay, a former Liberal MP and fellow at the University of Calgary School of Public Policy, said the real victims of the wastage are low-income Canadians, who aren't getting the benefit of lower prices.

In a free market, surpluses would typically lead to lower consumer prices, but that isn't the case in Canada because prices are fixed, she pointed out. "The system can't accommodate fluctuations in demand," said Ms. Findlay, who has written a series of reports advocating the dismantling of the supply management system.

"I'm not sure why Canada is wasting negotiating coinage in the Trans-Pacific Partnership negotiations to preserve a program that dumps liquid milk into lagoons," Mr. McIlroy said. 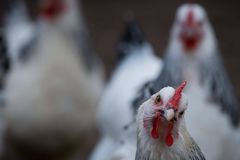 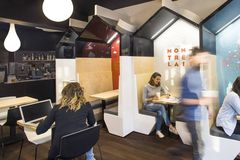