Curtis Van Marck says he thought he would always be a renter, until the British Columbia government's new interest-free loan program for first-time home buyers came along.

"It gave me the ability or the luxury to consider it as an option," says Mr. Van Marck, who lives in east Vancouver with his girlfriend Sarah Ogburn. Mr. Van Marck owns a brew-supply store in New Westminster, and they are looking for a condo outside the city, where it is more affordable.

"Basically, I'm sick of living in a basement. I'm 31. You look at your parents and that was the norm for them, to buy a home. You grow up with the expectation that you would be able to achieve that as well."

Related: What can governments do to cool Toronto's housing market?

In mid-January, the government began taking applications for the new home buyer loan program, which matches a down payment up to $37,500, or 5 per cent of the home's purchase price. The loan is interest-free for the first five years of a 25-year mortgage.

The BC Home Owner Mortgage and Equity Partnership (HOME) program is granted to B.C. residents who are Canadian citizens or permanent residents and are first-time buyers looking to purchase a property priced at less than $750,000. Buyers must prequalify for a mortgage and have a household income of less than $150,000.

But Mr. Van Marck may be in the minority, as many first-time buyers may be turning to different sources of financing.

The government's plan is to help 42,000 first-time buyers in the next three years, so it has a long way to go. So far, it has received 1,178 applications and 633 of those have been preapproved. As of April 5, 341 first-time buyers from 84 B.C. communities had been approved for the loan and made offers to purchase.

Instead, young first-time buyers appear to be relying on parents for their down payments.

"Typically, what we are seeing with a lot of these buyers is they are borrowing the full 20 per cent off mom and dad," says Vancouver realtor Keith Roy.

First-time buyer Domenic Brazinha, 21, has been searching for three months for a condo in the Lower Mainland, in the $250,000 price range. Mr. Brazinha, with some help from his parents, has been saving for a home since he was a teenager. He has been working at a bank for three years, and has saved enough for a down payment.

"I have goals, I have plans, I want to do things," says Mr. Brazinha. "One of my goals growing up was to buy a condo and work my way to a house."

"It's great that they're doing something like that, but you have to make sure you dig deep to see what you would be approved for with it, or without it. I was definitely surprised it didn't work in my favour."

The province could not respond to Mr. Brazinha's situation. But Lindsay Byers, spokeswoman for the Minister Responsible for Housing, pointed out in an e-mail that Canada Mortgage and Housing Corp. (CMHC) has a couple of requirements in place for those who use the loan. They must qualify for a "high-ratio insured mortgage," which means their qualification is based on their ability to repay not only their mortgage, but all other debts, including the government loan.

Also, buyers who use the loan, pay a CMHC surcharge on insurance because it is a "non-traditional down payment."

"Applicants who are able to raise all of their down payment from their own sources, who do not need the BC HOME Partnership program to purchase their home, may pay a lower mortgage insurance premium to Canada Mortgage and Housing Corporation or other mortgage loan insurers," said Ms. Byers.

The challenge for Mr. Brazinha is the fierce competition in a market with low inventory. The condo market in Greater Vancouver is hot, fuelled by first-time buyers like him.

"The rental market has shot up in price, as well, so you have one-bedrooms being grabbed up by investors. And presales in new developments sell the quickest, usually to investors."

Mr. Brazinha meets people who are getting a lot of help from parents. Some are borrowing down payments, others have parents who are co-signing their mortgage. Mr. Brazinha's parents didn't co-sign for him, and he prefers it that way because he would rather be independent.

"When I go to open houses, it looks like first-time home buyers with their parents, and there's a 90-per-cent chance they are getting help from them."

He was recently outbid on a Port Coquitlam condo that had been sitting on the market for several weeks. It sold $30,000 above asking.

"I was pretty upset," he says. "My experience of buying a first home is it takes a lot of emotion. You try to leave emotion out of it, but you really can't because you are thinking about the next 10, 15, 25 years of your life, and making sure you love a place, or else you're hooped. This is what my dad and I call a big-boy decision."

Realtor Mr. Roy, 35, understands the young first-time buyer trying to get into the market. He has been there. He started climbing the property ladder at 20.

"Don't discount the number of people who are smart, hard-working 21-year-old university graduates, saving every penny they have and shacking up with their friends or living with their parents or in terrible basement suites until they break out on their own," says Mr. Roy. "They hit their late 20s and they come out with a bunch of money in their hands."

"I was grinding it out from 20 until now," he says. "This year is the first time I feel comfortable with my finances. … It's been a constant string of sacrifices. It's just the reality. It's hard to work your way up the ladder."

He does not, however, believe that the government loan is the best way to that first rung. In fact, it might have just made it harder.

Some housing experts see the program as adding fuel to an already out-of-control condo market.

"It's a misguided attempt to help buyers in a very difficult real estate market," Mr. Roy says. "They've increased demand, therefore they've increased prices in an already hot condo market. And you haven't improved the supply side. Prices are probably going to go up because government is infusing more money into the market."

Josh Gordon, assistant professor at Simon Fraser University's school of public policy, agrees that the program could have an adverse effect.

"The benefits that are gained at an individual level from reduced interest payments may well be lost by the higher housing prices that are induced by the extra demand that is brought into the market," says Dr. Gordon.

The province, however, does not see the program as having any bearing on prices.

"The Province doesn't believe the BC HOME Partnership program is having an impact on prices in the condominium market as the program is a small percentage of the total market," says Ms. Byers.

Mr. Van Marck also thinks the program might be flawed, but he's a believer in the market.

"Up until four or five months ago, when I started seriously considering this, I never thought I'd own a condo, because to me, it's valueless. It's a box in the sky. There's no land value.

"But it's kind of a game that you have to play to advance in life, I guess, where the idea is, you build some equity so you can afford something else further down the road." 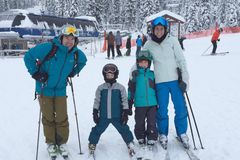 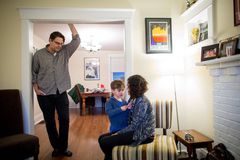 Six stunning numbers about Toronto real estate and your personal finances
April 6, 2017
Follow Kerry Gold on Twitter @goldiein604
Report an error Editorial code of conduct
Due to technical reasons, we have temporarily removed commenting from our articles. We hope to have this fixed soon. Thank you for your patience. If you are looking to give feedback on our new site, please send it along to feedback@globeandmail.com. If you want to write a letter to the editor, please forward to letters@globeandmail.com.
Comments