A recent survey from TD Canada Trust reveals that millennials are willing to spend more money on a home in order to live closer to work. But that isn't the only factor for home buyers aged 18 through 34, most of whom are entering the real-estate market for the first time.

Forty-eight per cent of millennial respondents to the TD survey said they would spend more on a home to commute less, as compared to just 34 per cent of Canadians as a whole.

TD conducted the survey of more than 6,000 respondents 18 and older. The report was then broken down into a subgroup of nearly 1,800 millennials.

"While living close to work has many benefits, purchasing a home in an expensive urban city can come at a price," says Pat Giles, associate vice-president of real-estate secured lending at TD.

Sixty-eight per cent of the survey respondents admit they would be willing to move into a smaller house than they initially desired, while 80 per cent say they would sacrifice amenities or compromise on their top choice of neighbourhood.

Corbin Seligman, a sales representative at Harvey Kalles Real Estate Ltd. in Toronto, says his younger clients are thinking just as much about where they spend their leisure time as they are about where they work.

"At the same time, they want to work in a place they enjoy as well," he explains. "Everyone wants to work downtown, live downtown, play downtown – at least in my experience."

The average home price in Toronto is more than $700,000, and in Vancouver it's $1.4-million. Millennials are compromising on a variety of things to still live in the city and have shortened commutes, according to the study.

Mr. Seligman says "uniqueness" is another important factor for the under-35 crowd when choosing their first property.

"If they're single and looking for their first condo, they might be just looking for a one-bedroom in an area that's cool. They don't want a cookie-cutter box in the sky that's the same as thousands of other units," he says.

"If they're looking for a house, often they don't want to do a lot of work. There are some people that are an exception to that, but they want, generally, something that's move-in ready because they don't have the time to dedicate to a renovation."

A 2016 Bank of Montreal report said 76 per cent of millennial renters are hoping to buy a home within the next five years. But affordability is a major concern for those first-time buyers.

A 27-year-old condo owner, who works in the media industry but spoke on the condition of anonymity, said he and his wife (a schoolteacher) initially looked at homes in their area – they live in Oakville, Ont. – but "simply couldn't compete in the market."

"We were scraping the bottom of the barrel and looking at houses that had a lot of problems simply because they were the only ones we could potentially afford," he says.

He and his wife put in an offer on a home, but it sold for more than $100,000 over their offer. They ended up moving into a condo that was still in their desired neighbourhood, close to both their workplaces.

"A major consideration for us was that we didn't want to own more than one vehicle. Both our jobs are located fairly close together, but our schedules don't line up and sharing a longer commute wasn't going to work," he says.

High-rise condos are going up at a rapid pace in both downtown cores and other urban areas, which make them attractive to the millennial home buyer.

"It's important to know what trade-offs you're willing to make based on what you can afford and where you are willing to live," says Mr. Giles. "If an urban location is paramount, then saving for a large down payment is important. If you can accept a larger commute time, you may actually be able to afford more 'you only live once' moments, like vacations, over time."

Dream of owning a home comes true for more single women
April 6, 2017
Desperation drives some home buyers to gamble on a fixer-upper
April 8, 2017
How Justin Trudeau sparked the Ottawa real-estate market
May 16, 2018 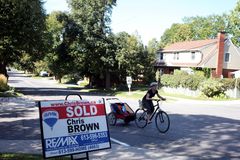