For the past six months, Michael Friisdahl spent a good deal of his time bouncing between Toronto's top sporting events, shaking innumerable hands and soaking in the buzz under the lights at Air Canada Centre and BMO Field. But unless you're a league executive or a corporate sponsor, it's unlikely you'd have noticed him.

After half a year at the helm of the country's most powerful sports empire, the chief executive officer of Maple Leaf Sports and Entertainment Ltd. has stayed cloaked in deliberate anonymity while building his Rolodex by visiting one corporate box at a time. He has deep executive leadership experience in the airline and travel industries, but virtually no pedigree in sports.

For a man who has stepped into such a prominent role, which serves as a magnet for fans' ire if the NHL's Maple Leafs or NBA's Raptors aren't performing well, he views the public spotlight with trepidation. Mr. Friisdahl intends to assemble his strategy discreetly from inside MLSE's Bay Street headquarters, giving teams the resources and leeway to run themselves, and pumping the company's vast resources into technology and research to help cultivate more devoted fans.

"The teams are really the stars here. It's not me, it's not MLSE. I'm a support cast member here, if you like," Mr. Friisdahl said in an interview.

"I'm here to represent MLSE when it's necessary and when it's required."

Choosing the Danish-born father of three for the job signalled a calculated, 180-degree turn from the boisterous and brash tenure of his predecessor, Tim Leiweke. And it's a safe bet that you will never hear him shouting "F--- Brooklyn" to the crowds in Jurassic Park, as Raptors general manager Masai Ujiri famously did in 2014.

Rather, Mr. Friisdahl speaks fluently in the language of strategic objectives and executing on key priorities. The bookshelf in his office overlooking Toronto's corporate hub contains management guides such as Work Rules! and Creativity, Inc., as well as memoirs penned by ex-prime minister Brian Mulroney and former MLSE CEO Richard Peddie.

And that may make him ideally suited to navigate an ownership and board structure that many suggest is destined to breed friction, with executives from rival communications giants BCE Inc. and Rogers Communications Inc. wedged on either side of independent voices Larry Tanenbaum and Dale Lastman.

"I don't think there's any issue there whatsoever," Mr. Friisdahl said. "Quite the contrary: I've found nothing but tremendous support for the organization."

The overarching goal is to build franchises that contend for championships, but he plans to let the teams operate at arm's length, providing "support" and "infrastructure" to Mr. Ujiri, Maple Leafs president Brendan Shanahan and Toronto FC president Bill Manning. Each has a business plan to adhere to, "but within the framework, they have the total autonomy to do what they need to do."

Other pieces of the puzzle are already in place. The company's infrastructure projects to upgrade practice facilities and expand BMO Field are effectively complete, and MLSE has "a pretty full dance card" of live events booked, from the World Cup of Hockey and the Grey Cup to the World Junior Hockey Championships.

So Mr. Friisdahl has turned his attention to customer service – an area whose potential and pitfalls he knows well from his experience at Air Canada, where he steered the launch of the Rouge discount carrier.

He is "absolutely 100-per-cent focused" on the fan experience – inside the arena, on television or online. He wants to give fans more behind-the-scenes access to teams through interviews, up-close-and-personal shows such as Open Gym, and in-depth analytics drawn from partnerships with companies such as IBM Canada Ltd.

"It could be as simple as getting replays instantly sent to your mobile device" when attending a game, he said, but added: "It's not a silver bullet. There's a whole bunch of little things that you need to do constantly, and continuously improve."

And from the corner office of a company that has turned handsome profits even when it hasn't had contending teams on the court, the field or the ice, he recognizes that MLSE's biggest challenge is "making sure that we challenge ourselves to put our best foot forward and provide each one of the teams with what they need, so we can actually bring championship teams back to the city." 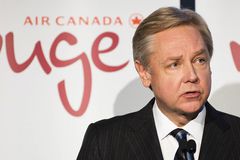 Former CEO of MLSE empire on the importance of having a vision
December 14, 2015
MLSE discovers a new ice age in the East
December 21, 2015 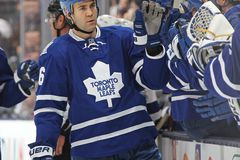