The two former Canadian wireless executives behind smartphone repair shop chain Mobile Klinik are expanding their young venture with their first Toronto location, new outside funding and plans to eventually open up to 120 stores across the country.

Ken Campbell and Rob Bruce once worked for competing wireless operators – Mr. Campbell was the CEO of Wind Mobile and Mr. Bruce ran Rogers Communications Inc.'s wireless and cable divisions – but are now focused on the services consumers seek out after they have purchased a phone and signed up for mobile coverage with a carrier.

Now that pricey smartphones account for about 80 per cent of the 28 million mobile devices in use in Canada, they say people are more willing to invest in fixing hardware problems, such as cracked screens or damaged buttons, as well as in software services, such as data transfers and backups.

"The reality is that these devices, which can be over $1,000, belong to the customer now and they've got a lot invested in them," Mr. Campbell said in a recent interview near Mobile Klinik's newest location in the PATH, Toronto's underground pedestrian concourse. (The company opened its first location in the St. Laurent mall in Ottawa in September and has a third store in the Galeries de Hull in Gatineau.)

The two say they hope to have 10 locations by the end of the year, focusing initially on the Montreal-Ottawa-Toronto corridor, and add a further 20 kiosks or stores per year after that. They licensed the model from Paris-based Point Service Mobiles, which has several hundred repair stores in a handful of European countries. Mobile Klinik is also selling customized smartphone cases at the Canadian stores.

The profit margins are lower than the telecom operator business – Mr. Bruce said he expects the ratio of EBITDA (earnings before interest, taxes, depreciation and amortization) to total revenues to be in the "low teens at first and we think as we scale they'll grow to the high teens" – but entering this retail and service-based market is much less capital-intensive than building networks.

So far, Mr. Campbell and Mr. Bruce, along with two other partners, have put about $1.25-million of their own funds into the venture. They are in the midst of raising $3-million from a group of outside investors that will include Mr. Bruce's former boss, Nadir Mohamed, who was CEO of Rogers from 2009 to 2013.

Since few people want to be separated from their phone for any length of time, the Mobile Klinik model is based on completing most repairs (about 80 per cent, they say) in less than an hour. It's also why the pair chose to invest in the rent that comes with their PATH location, giving them the advantage of heavy foot traffic and close proximity to the offices of thousands of Bay Street workers.

Consumers are looking for a professional approach to phone repair, Mr. Bruce said, adding they don't want their phone shipped off to a centralized "faceless, nameless warehouse" and neither do they "want it to be done in somebody's basement while they're smoking a joint."

"We are bringing big-company discipline, training and professionalism to an area that has frankly been a bit hit and miss," he said.

Mr. Campbell says all of the operators, including his former company Wind Mobile, have "neglected" the after-sales service market. But both men insist they want to work with the carriers – as well as insurance companies responsible for warranties and device manufacturers themselves – and believe they can play a complementary role as a place the carriers feel comfortable sending customers for reliable service.

"We have deep relationships with all of the carriers because you don't hang around in that ecosystem without knowing everybody and building trust. So our plan is no matter which way the ship turns, we will work with the carriers and try to figure out a formula that works for all of us," Mr. Bruce said.

There are a few competitors trying a similar professionalized approach to mobile phone repair, but he said, "nobody has any significant scale in Canada yet, which is why we think with the kind of financial backing, energy and passion we have, we can become recognized as that brand."

They aren't planning to invest heavily in marketing, at least until they have a more established network of stores, but say they expect to do 400 to 500 transactions per month at each store, relying on a combination of online promotions, foot traffic and word of mouth.

"Everyone knows someone who's broken a phone and everybody's asking their friends where to get it fixed," Mr. Bruce said. 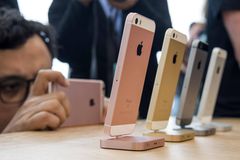 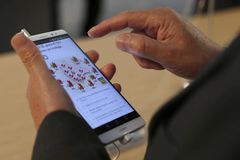 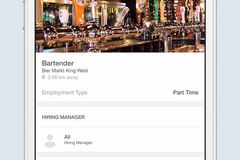