It was built in the early 1980s as testimony to the then pre-eminent role of Montreal's garment industry: a massive single-use low-rise tower - 555 Chabanel - boasting one million square feet of space, for use by players in the city's thriving needle trade.

Today, the 15-storey edifice - big enough to contain a small village - is a different creature. The garment sector has been badly shaken over the past several years by forces such as the rise of low-cost foreign competition, new technology and changes in the supply chain.

As manufacturing operations moved offshore or to other locations occupied by sub-contractors, the vast spaces at 555 Chabanel and several other similar buildings in the working-class neighbourhood in the north end of Montreal emptied out.

The armies of garment workers who filed in daily to work in the so-called "sweatshops" shrank.

Cavernous rue Chabanel was badly in need of a makeover.

Enter a group of local real estate developers, tenants and city officials who have banded together to repurpose the hulking 555 Chabanel and its neighbours by making the buildings more appropriate for a mix of uses, including fashion showrooms, general office spaces and lofts for web marketing and video game companies.

Offering rents that are much cheaper than those found downtown or in the now-trendy loft spaces further south helped attract new tenants and inject fresh life into the building, says Eyal Cohen, managing executive director at Marcarko Ltd., which owns 555 Chabanel.

"We offer five-star services but we're 35 per cent cheaper than the downtown," said Mr. Cohen.

Among non-fashion tenants Marcarko has lured to the posh, made-over tower - which offers all the amenities, including fibre-optic wiring - are Laurentian Bank and Aviva Insurance Co., which have extensive back-office operations.

"The story here isn't just manufacturing and garment any more. These days it's about innovation and commercial use."

On the fashion side, which retains a strong presence in the building with small warehouses and wholesale showrooms, the accent is on marketing and creation, where it used to be all about cutting and sewing, he said.

To make the area even more attractive, there are plans to revitalize the strip. The City of Montreal committed to upgrade the infrastructure and plans for a bike path, improved mass transit and a new stop on the nearby local commuter train line, said Stéphanie Cardinal, an urban planner and architect who is at the centre of efforts by the Regroupement pour le développement et la promotion du quartier Chabanel.

A key element in the reinvigoration of the strip is an effort to bring some much-needed action at street level, she said.

A few high-end restaurants have moved into the neighbourhood. Other projects organizers hope will come to light include a boutique hotel and a three-storey shopping centre at 99 Chabanel.

"The area was in decline. We decided we had to go beyond clothes manufacturing," said Georges Dayan, a Montreal real estate developer whose company - Groupe Dayan - went on a buying spree in 2005 with partner Canada's Public Sector Pension Fund, scooping up five buildings.

After spearheading revitalization projects in other parts of the city - such as the International Quarter - Groupe Dayan felt that Chabanel offered plenty of potential for renewal, said Mr. Dayan.

The presence of a power shopping centre - the Marché Central - just west of the strip is a big plus, given its role as a destination for shoppers from all over the region, and a marketing campaign is being rolled out to raise Chabanel's profile as a place to visit, said Ms. Cardinal.

"It's kind of like the meat-packing district in New York City that became a trendy place. We have the same vision for Chabanel," she said.

Ultimately, the goal is to transform the strip into a design hub, with internationally recognized cultural and fashion events, said Ms. Cardinal.

"I see this as a neighbourhood of the future," she says.

"True, some people look at this industrial architecture and go, 'Yech,' but it's all about the passion you put into it."

"The idea they're selling is that you don't need to be downtown anymore. You've got efficient, relatively inexpensive spaces, close to large labour pools, and the investment is not huge in terms of renovating the interiors, maybe replacing the windows," says Brett Miller, regional managing director for Eastern Canada with CB Richard Ellis Group Inc.

"Montreal has a relatively high stock in these type of buildings, industrial class buildings, and companies in growth mode, such as communications or information-technology or gaming, are in growth mode and attracted to these spaces."

What's missing so far is one or two blockbuster deals involving the luring of a high-profile tenant from the downtown, he said.

Chabanel also has competition from similar real estate located in nearby neighbourhoods, he said.

"It's premature to say this is a success story." 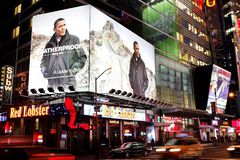 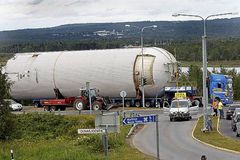