The founder of Montreal media company Stingray Digital Group Inc. is declaring war on Quebec's generous payroll tax credits, saying they are hurting the ability of home-grown firms to hire new tech talent at the expense of foreign-based rivals at a time the province is grappling with record-low unemployment.

"I think we need to rethink this strategy of subsidizing companies from California and [Europe] to come steal our engineers in Montreal," Eric Boyko said Friday, referring to the Montreal studios of Burbank, Calif.-based Warner Bros. Entertainment Inc. and France's Ubisoft Entertainment SA. "We want Quebec to be an economy of head offices, not a branch economy. With these tax credits, we're indirectly encouraging a branch economy. That's the reality."

The comments mark the clearest attack yet against an incentive system Quebec has used for 20 years to attract international multimedia companies, spending $1.4-billion in the process. It comes from a brash executive who plans to double his firm's size by 2022 and isn't afraid to challenge the province's accepted orthodoxy to get there. He says at least two other firms share his views.

The tax credits might have made sense two decades ago as a way to entice international media and technology companies to Quebec and employ well-paid local software engineers and other skilled workers, Mr. Boyko told reporters. Today, however, they're unfair and unneeded, he said. He said the argument that the jobs will leave Quebec if the tax credits are scrapped no longer holds true because those workers would be snapped up immediately.

"If Ubisoft pulled up stakes tomorrow morning, its 3,000 employees would all find jobs at Quebec-based companies within 30 days," said Mr. Boyko, who's also Stingray's chief executive. He said Stingray has openings for 70 jobs at the moment but is struggling to fill them and has had to push back projects because of the hiring challenge.

Quebec offers tax credits ranging from 26 per cent to 37.5 per cent of an employee's salary for multimedia companies that meet its eligibility criteria. Stingray, which is largely a music and video provider, does not qualify. Critics have noted that some foreign video-game developers declare their Quebec studios as cost centres, allowing them to shift profits back home while Quebec is deprived of tax revenue.

Today, the competition for talent has become an even bigger issue. Stingray is just one of several Montreal-based technology companies gearing up their growth. And even non-technology companies, such as Power Corp. and Canadian National Railway Co., are investing to beef up their tech capability. It all amounts to a major jostling for talent at a time Quebec's unemployment is at a record low of 6 per cent.

"There is a downside" to the scheme, said Alexandre Moreau, a public-policy analyst at the Montreal Economic Institute. "One of the unintended consequences is that it puts inflationary pressure on salaries. And for companies who don't [benefit from] the program, they have a disadvantage."

Stingray on Friday unveiled plans to double its work force and work space over the next five years as it pushes ahead with a strategy that leans heavily on growing internationally and buying rival firms to consolidate the preprogrammed music industry. It is aiming to double its revenue to around $200-million over that same time frame.

The publicly traded firm, best known in Canada for its commercial-free music-streaming service Stingray Music, said it will expand its headquarters on the edge of Montreal's old quarter and hire 400 new employees by 2022 to add to its existing 350-strong work force. The company plans to add 30,000 square feet of new office space, leased in a new eight-storey tower that will bear the Stingray name. 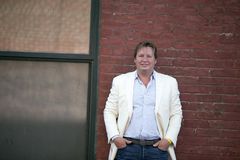 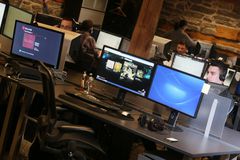